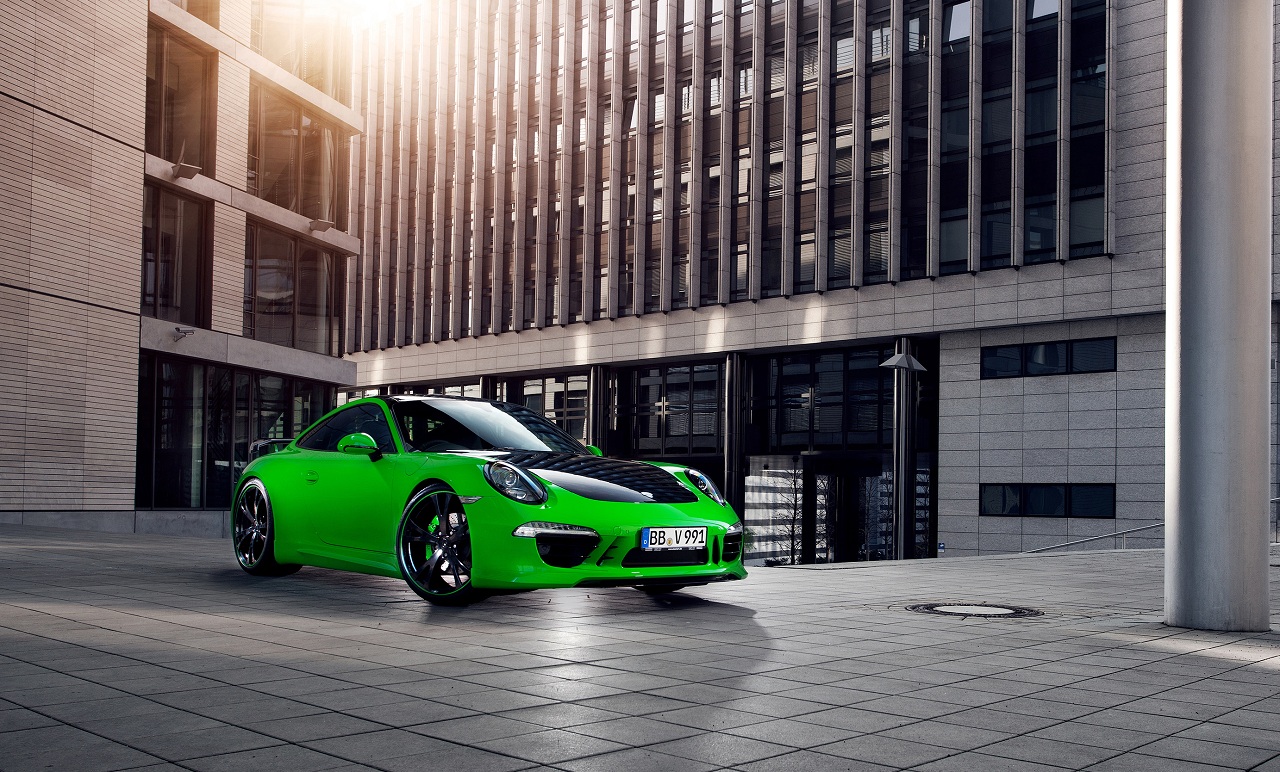 The new Porsche 911 (code named 991) is one of the cars I’m really looking forward to test driving, I’m hoping I’m able to get my hands on one of these beauties this summer.  For now, I can just dream about the car and drool over these pictures from German car tuners TECHART, who just presented their tuning package for the Porsche 911 Carrera 4S.

The tuning package consists mainly of visual upgrades, with a bit of performance, at least in the sound department.  The first thing you’ll notice about the TECHART tuned Porsche 911 Carrera 4S is its bright green paint; which, according to the tuner, is a tribute to the green Porsche cars from the 1970’s. 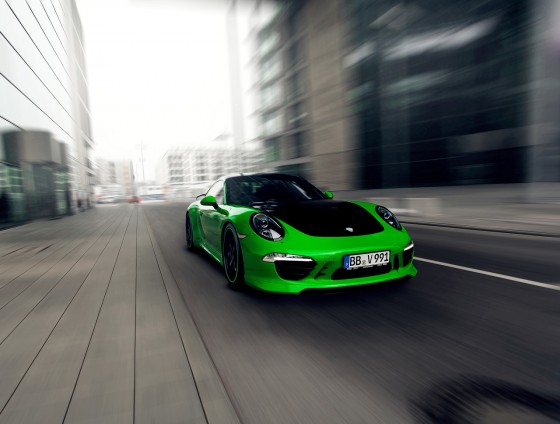 Visually, the TECHART Carrera 4S is set apart from the stock version by a new front bumper that features larger side intake openings, and new aero elements in the center air intake.  The front bumper also comes with a lower chin spoiler that reduces lift on the front axle by 5 kg (11 pounds), at speeds of 140 km/h (87 mph).  The front bumper can be raised by 60 mm (2.36”) for going over speed bumps, with the touch of a button on the center console.  If you forget to lower the car, it automatically lowers at speeds of 60 km/h.

Other visual upgrades include subtle side skirts, a solid rear spoiler, a diffuser, and a pair of center exhaust tips.  The rear spoiler and diffuser generate 17.5 kg of down force at 140 km/h and 76 kg at top speed.  The car rides on TECHART Formula 5-spoke or Formula III 5-twin spoke wheels, in 20” and 21” sizes.  The wheels are 15% lighter than similar sized cast wheels.

The main features of the TECHART tune Porsche 911 Carrera 4S is its center exhaust system, which gives the car a sportier appearance and makes it sound louder.  The exhaust system comes with a valve to control the level of noise produced, which can be changed with a button on the center console.  The exhaust tips are offered in either black chrome or polished finishes.

The interior is subtly tweaked, with green stitching on the black leather seats, dashboard trim, door panels, and steering wheel.  The steering wheel is replaced with a TECHART 3-piece wheel with paddle shifters and is finished in black leather and Alcantara. Via: TECHART 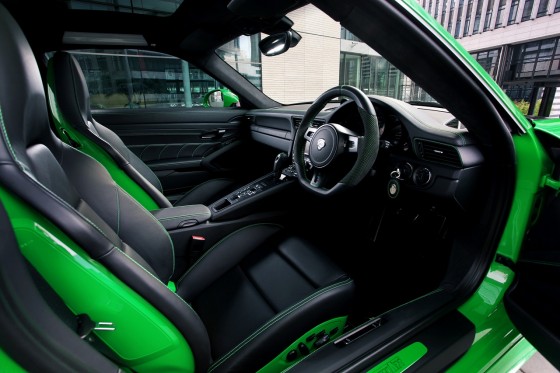 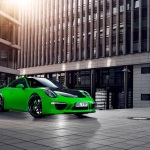 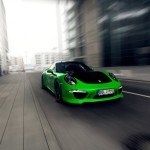 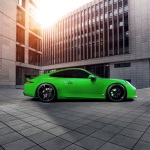 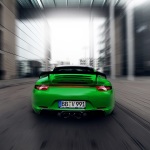 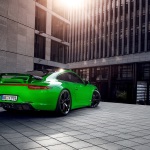 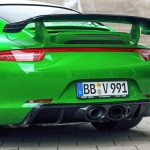 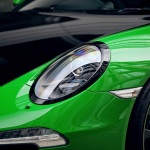 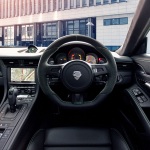 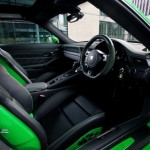