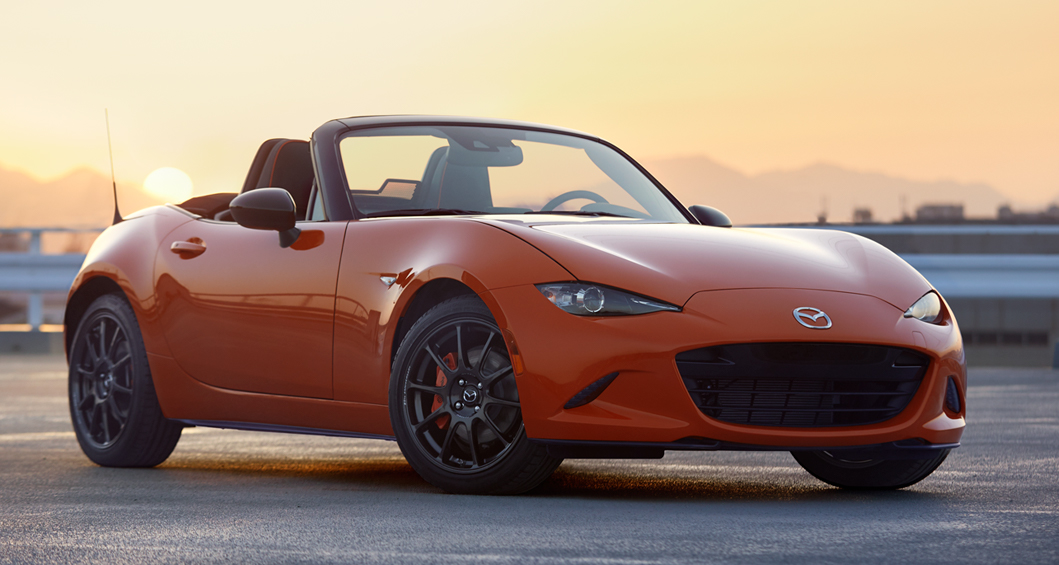 The Mazda MX-5 (Miata) is a fun little car, it’s not very powerful but it still puts a lot of smiles on a lot of peoples’ faces, over 1 million units have been sold worldwide in the last 30 years. To celebrate 30 years of production, Mazda is putting out a special edition version of this roadster. Called the Mazda MX-5 30th Anniversary, the car is limited to 3,000 units worldwide with 500 coming to the United States, we’re not sure how many are allocated to Canada. The special edition cars come in the regular ragtop and RF trims. 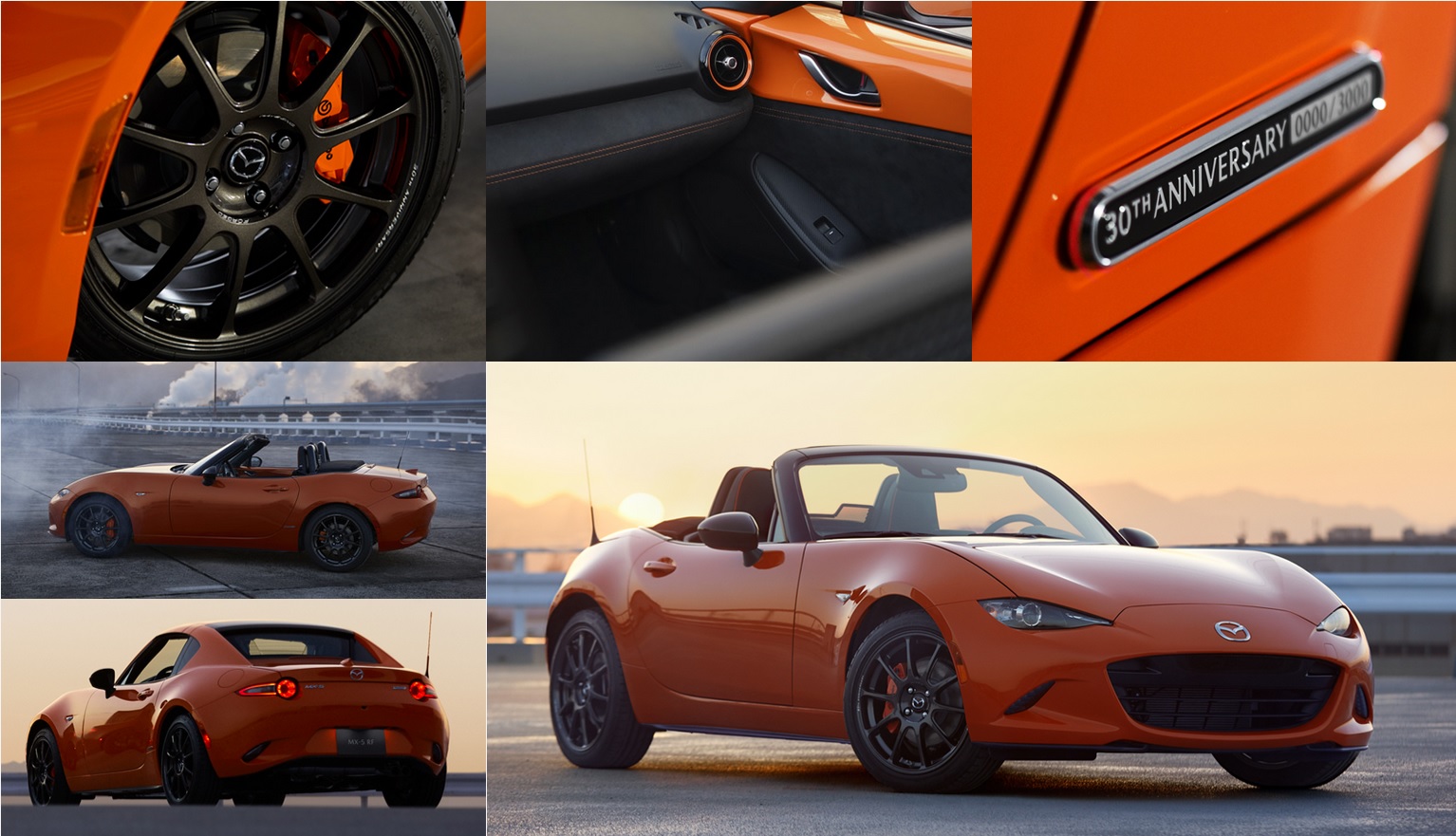 The 30th Anniversary Mazda MX-5 comes in a Racing Orange color with black wheels and orange brake calipers, the “30th Anniversary” badges can be found on the body with the production number of the car. The orange color is also applied to interior trim, with orange on the door panels/dashboard, gear shifter, and orange piping on the Recaro seats, which are a combination of leather and Alcantara.

Like I said above, the MX-5 isn’t a very powerful car, but Mazda did recently up its power output to 181 horsepower and 151 pound-feet of torque, from the naturally aspirated 2.0-liter SKYACTIV-G 4-cylinder engine. Power is sent to the rear wheels via a 6-speed manual or automatic transmissions.