Bentley unleashed pictures and specs on the all-new 2014 Bentley Flying Spur sedan, sans the “Continental” name.  Why they removed Continental from the name, I don’t know?  But I do know this is the replacement for the Continental and uses the same underpinnings.  The car will be officially unveiled at the Geneva Motor Show.

The new Flying Spur looks similar to the car it replaces, but it’s a completely new exterior design and the front end will not be mistaken for anything other than a Bentley Continental, with the same 4-light headlight treatment, although the lights are now LED units. 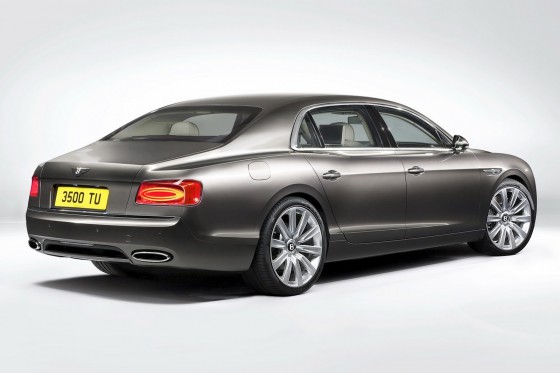 The 2014 Bentley Flying Spur sedan features a more angular design, gone is the round and a bit bloated design of its predecessor.  I think it looks pretty good, I definitely prefer it over the outgoing model.  I especially like the LED taillights; they look like big TV screens. 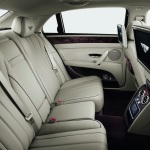 The interior of the Bentley Flying Spur is luxurious, as expected.  The seats, dashboard, door panels, and every other imaginable surface is covered with soft leather, and there is plenty of wood trim for the traditionalists.  The car comes in two seating configurations, either 5-seats or 4-seats.  Bentley also offers optional Multi-Media package that allows the occupants to connect their laptops and tablets to the car’s built-in Wi-Fi hotspot.  The package also comes with a pair of 10” LCD monitors for the rear passengers, and a 64 GB hard drive. 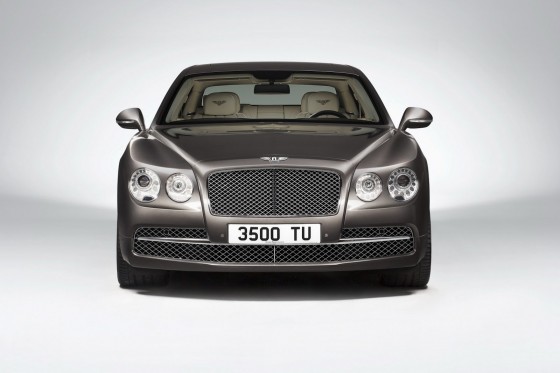