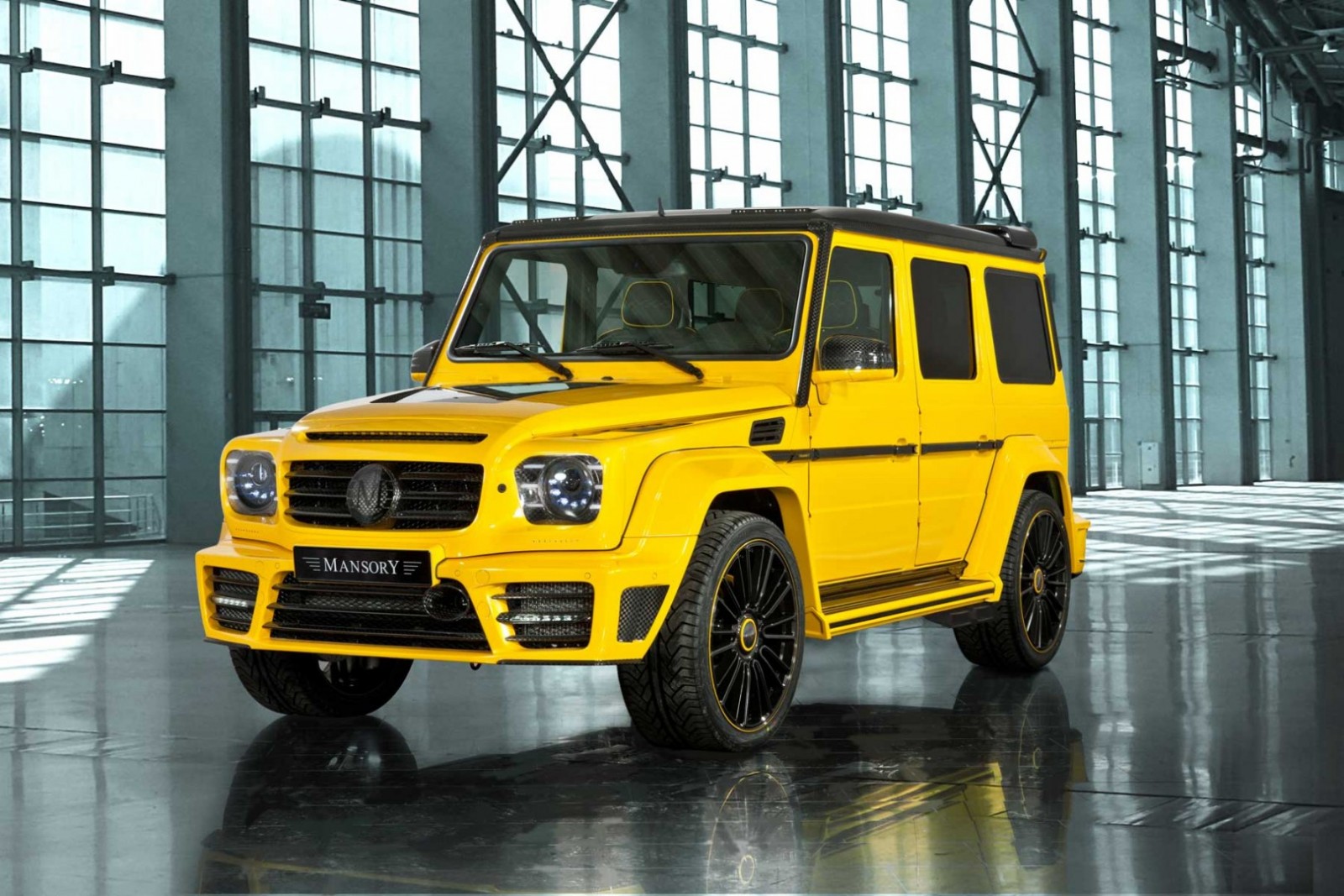 I’ll be the first to admit, I’m not a big fan of Mansory tuned vehicles, they’ve had some cars that were/are nice, but most of their stuff is over the top and just plain gaudy.  And on that note, we present to you this awful looking Mercedes-Benz G63 AMG Gronos, tuned by Mansory.

The Mercedes G-Wagon is one of my favorite SUVs, it’s not the best looking car out there but that’s what makes it look so cool and not to mention, the masculine styling.  The Mansory tuned Gronos G63, on the other hand, looks hideous and will probably make it onto a rap video. 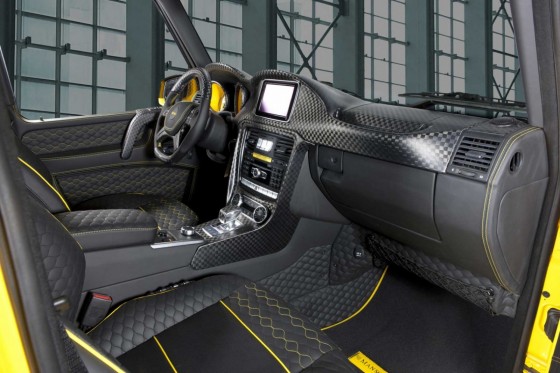 The interior continues the ugliness with over the top use of carbon fiber on the dashboard, center console, door panels, and steering wheel.  The seats are covered with leather with a carbon fiber patter and yellow highlights; the seats don’t look too bad.

In addition to the seats, there are some other positives on this vehicle; I do give credit to Mansory for squeezing out some impressive horsepower from the engines they tune.  The Mercedes-Benz G63 AMG’s twin-turbo 5.5 liter V8 engine in the Gronos produces a very impressive 840 horsepower, up from 544 HP, and maximum torque is electronically limited to 738 pound-feet (1,000 Nm).  The increase in power comes courtesy of racing parts replace stock pistons, rod bearings, connecting rods, crank, crank shaft, cylinder heads, a new exhaust system, and many more upgraded engine parts.

The 12 cylinder AMG 65 Gronos is currently in the development stage, which should produce over 1,000 HP.  No word yet on the prices on the Mansory tuned Mercedes-Benz G63 AMG Gronos. Via: Mansory