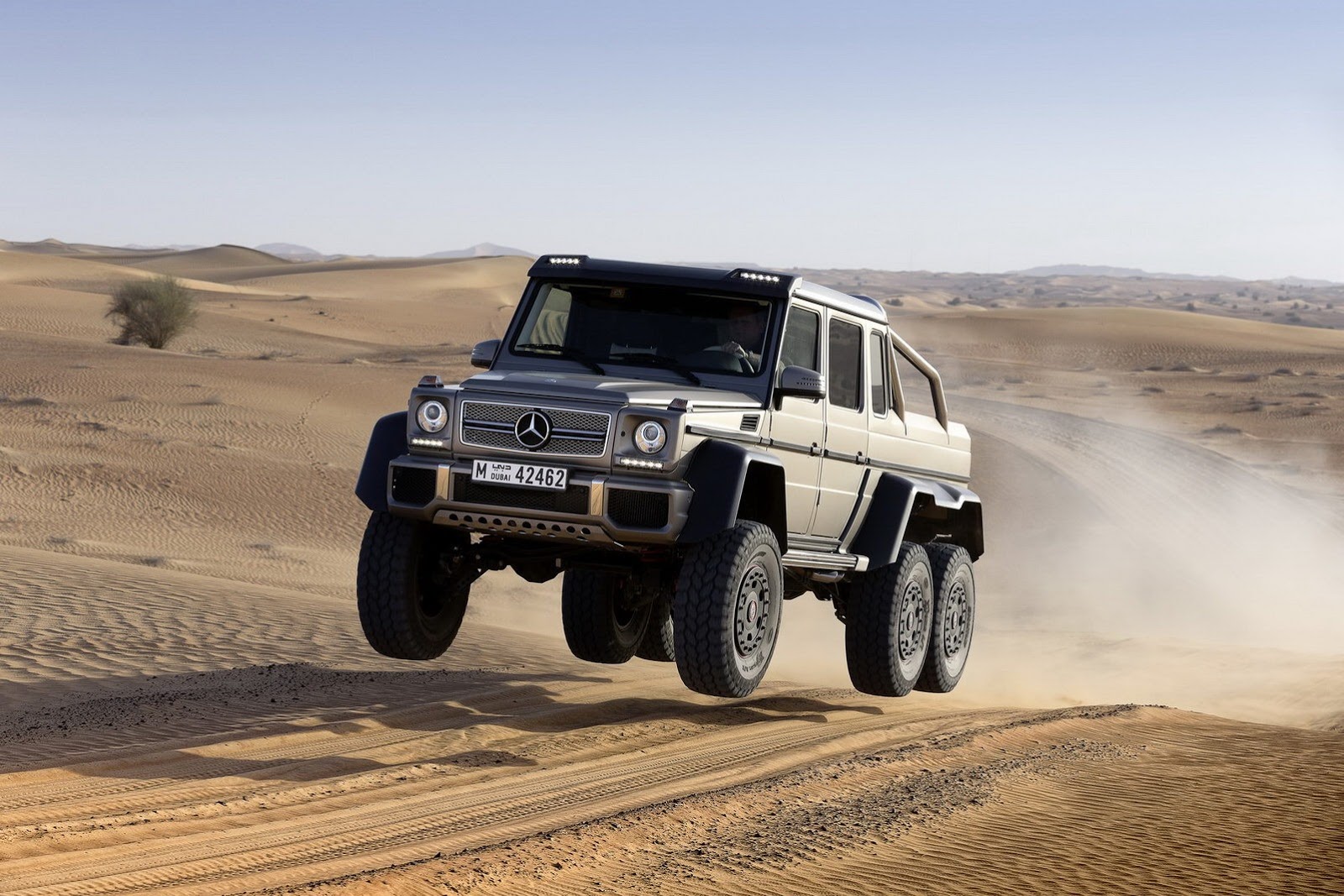 I saw the 6-wheeled Mercedes-Benz G63 AMG 6×6 pick up/SUV thing a few weeks ago, at first I thought it was one-off vehicle made by a tuning firm for some oil-rich sheik in the Middle East, but I just learned it was actually produced by Mercedes-Benz and is likely to be offered as a production model.

The G63 AMG 6×6 will most likely be bought by oil tycoons in the Middle East, Texas, and Arnold Schwarzenegger.   Judging by the pictures, it’s most likely aimed Middle Eastern clients.

I kind of like this truck, the regular G-Class is at the top of my SUV list and this one is pretty cool, especially after seeing it in action in the video below.  It looks pretty capable and tough, and it looks like one could have a lot of fun playing around with it in some rough terrain. 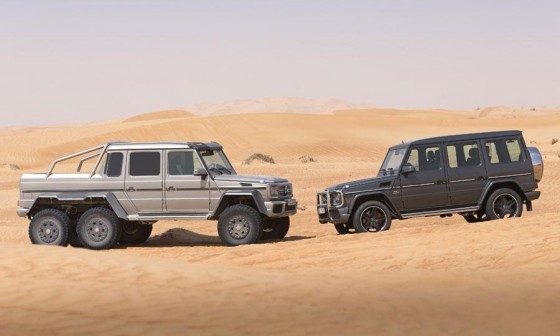 To move this massive vehicle, the hood houses a 5.5 liter turbocharged V8 engine that produces 544 horsepower and 560 pound-feet (760 Nm) of torque.  Knowing the weight and power, and the fact that it comes with a 159 liter (42 US gallons) tank; this thing will be a thirsty beast, owning an oil well is almost a must.

The Mercedes-Benz G63 AMG 6×6, naturally, comes with 6 wheels, giving it pretty good off-roading capabilities, with a ground clearance of 460 mm (18.1”).  The G63 pick-up truck comes equipped with 5 differential locks, low-range ratio transfer case, portal axles, and tire-pressure control system that can inflate and deflate all 6 tires on the go.

The German automaker didn’t say what price it intends to sell the G63 AMG 6×6 at, but judging by prices for the G63 AMG with four wheels, I’m guessing you can double or triple that price.

A Classy Minivan – The Mercedes-Benz V-Class