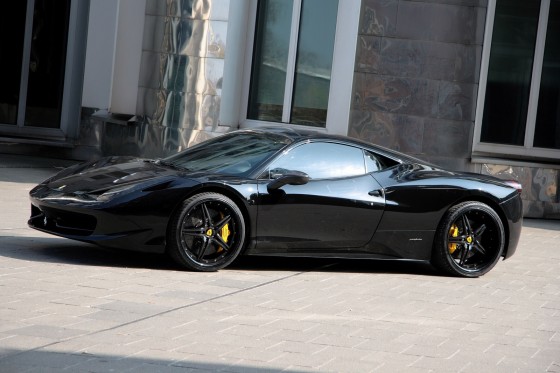 Anderson Germany has taken the Ferrari 458 to hell and back. It has come back as the 458 Black Carbon edition and is leaner and meaner than ever. The Ferrari 458 features a carbon fiber package that includes cf spoiler lips, vents on the hood, new side view mirrors, and a rear diffuser. The 458’s headlamps, windows, and taillights have also been tinted by Anderson Germany.

The Ferrari 458 now sits on a set of 21-inch alloy wheels which are also finished in carbon fiber and the brake calipers are finished in a yellow which gives it a good contrast. On the interior, the contrast theme continues onto the center console, air vents, door handles, steering wheel, door sills, shift paddles, the instrument panel, and even something the rarely seen seat adjustment handles are finished in carbon fiber. Talk about attention to detail. Anderson Germany also covered the seats and door panels in black carbon leather along with black alcantara with diamond seams. To put a final touch on the interior, an audio/visual entertainment system is also installed.

Although the stock Ferrari 458 has plenty of power with the stock 570 horsepower and 540Nm of torque, Anderson Germany is still offering a ECU tune and custom exhaust system that brings the horsepower up to 623 horsepower.

At the moment, Anderson Germany has not released a price list of the upgrades for the Ferrari 458 Italia Black Carbon. 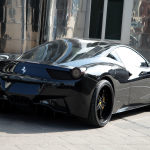 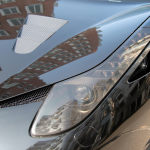 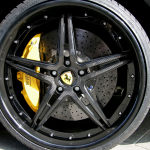 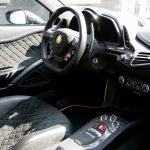 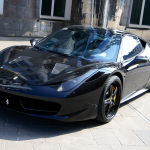 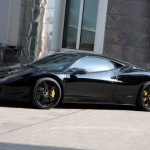