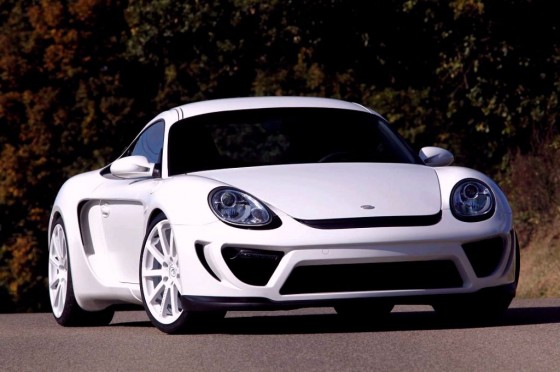 The French are known for making great wine, bread, and cheese. It’s rare that we hear about the French tuning cars. A not so well known company, Delavilla, have taken on the task of tuning Porsche cars. Their newest creations is the Widebody Porsche Cayman R1 but they have also tuned other 911 series of cars.

The Cayman R1 was revealed at the 2011 Lyon International Motor Show with extensive changes to the outside and various power upgrades to the engine.

The most notable feature of the Cayman R1 is the exterior and the wide body modification. The Widebody kit adds front and rear bumpers, fenders, and side wells. This widens the front 4.7 inches and the rear 7.1 inches from factory form. With the rear so much wider, a new set of wide alloy wheels painted same color as the body is added. Bespoke set of quad tail pipes and LED daytime running lights are also added to enhance the Cayman R1. On the inside, bucket seats and Alcantara trim are added to the steering wheel and gear lever. 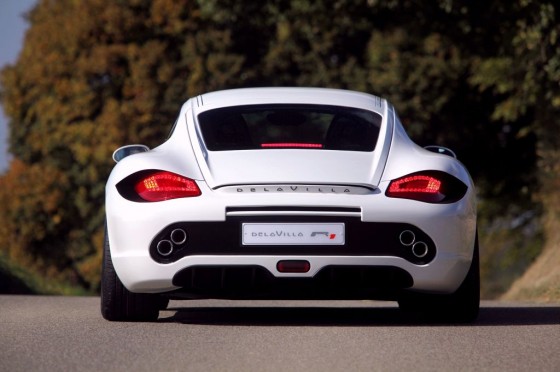 Delavilla also offers a range of extra features such as scissor style doors with finger print recognition to see through engine cover.

Delavilla offers three different engine upgrades which see the power output to 340 HP, 385 HP, and 420 HP. The 420 HP output is for those customers who plan to use their car on a race track.

Although pretty new to the tuning market, Delavilla will sure turn heads with the Porsche Widebody Cayman R1. The company is also working on plans to tune the Speedster, Cayenne, and the Panamera.