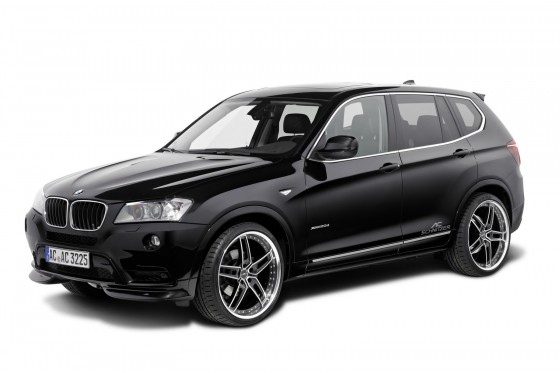 The BMW X3 cross-over has been in production for a while now, 2010 saw the introduction of the second generation X3 and ever since then, car tuning companies have been coming up with new packages to improve the look and performance of the small CUV.

German car tuning firm AC Schnitzer have also turned their attention to the X3 with an increase in horsepower and minor visual upgrades.  The F25 X3’s 2.0 liter diesel engine on the xDrive20d has been tuned to produce 218 horsepower, up from 184.  The tuner is also working on the xDrive30d and the 2.8i and 3.5i V6 models to be released later this year. 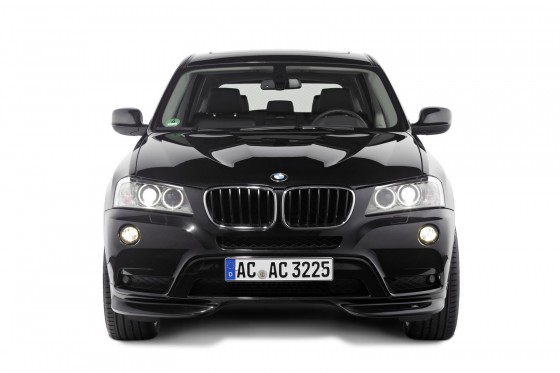 The BMW X3 receives minor body upgrades in the form of a revised front bumper with a lip spoiler, a rear apron with a new exhaust tip, roof mounted rear-spoiler, and a chrome strip on the side, near the side skirts.  AC Schnitzer offers a variety of wheel options ranging from 18” to 22”, all wrapped in performance sports tires.  The suspension has also been lower for sportier handling and looks.