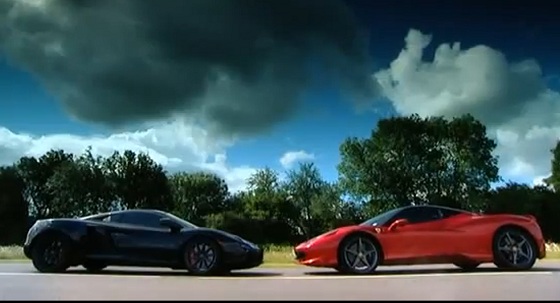 As much as I like Top Gear, I have more respect for the opinions of the guys from Fifth Gear; they seem to be more honest about the cars and they actually provide useful information.  This post covers a short test done by the guys from Fifth Gear, comparing the McLaren MP4-12C and the Ferrari 458 Italia (which happens to be one our favorite cars, here at First Supercars).