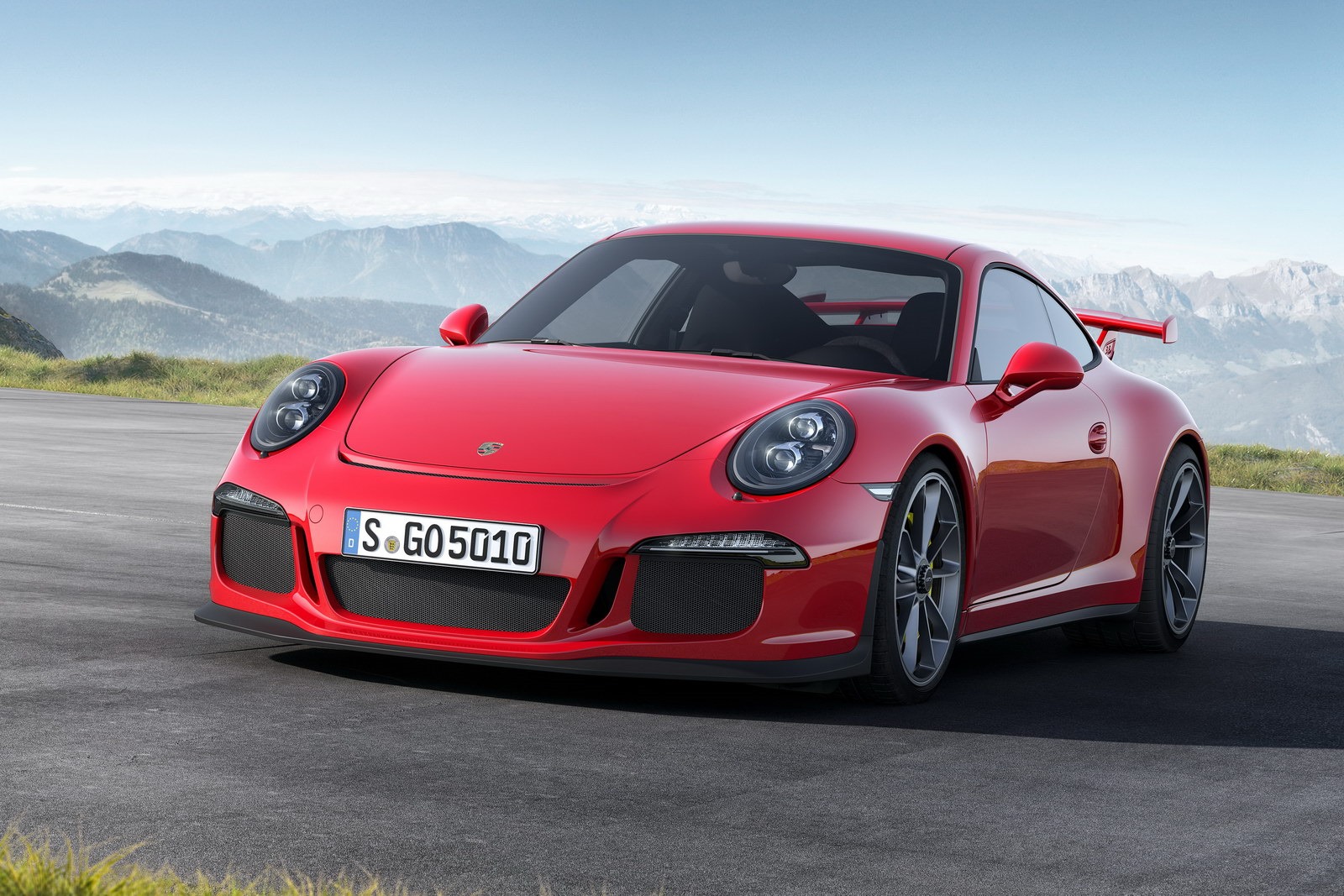 Earlier today we showed you the 50th anniversary Lamborghini Veneno supercar, this year also marks the 50th anniversary of another iconic sports car, the Porsche 911.  To celebrate, Porsche showcased the 5th generation 991 based 911 GT3.  The Porsche 911 GT3 is quite a bit more affordable than the Veneno and there will certainly be more than 3 cars available to purchase, although the GT3 is still a bit too expensive for yours truly.

I have been a huge fan of the latest generation 991 Porsche sports cars, ever since I first saw them a year or two ago.  The 911 GT3 is no exception, in fact, I think it’s the best looking 991 based cars yet; we have yet to see the 911 Turbo, which will have big shoes to fill.

Unlike the previous GT3 cars, the latest GT3 has changed some of its iconic features, which might anger the traditionalists.  The most important is the missing Metzger engine, and not to mention no manual gearbox or hydraulic steering.  I guess when it comes to Porsche GT’s, I’m no traditionalist, I like the car just the way it is and will take one (for an extended test drive) in a heartbeat, and I think this GT3 could out perform any of the “traditional” GT3’s.

Under the hood (or trunk) of the 2014 Porsche 911 GT3 is the same direct injection 3.8 liter boxer-six engine found in the Carrera S, but according to Porsche, the GT3’s engine doesn’t share many parts with that of the Carrera.  The GT3’s engine has different valve gears and crankshaft, and forged pistons and titanium connecting rods.

The Porsche 911 GT3 comes with electronically-assisted power steering and features active rear steering, a first for a Porsche car.  The rear wheel steering assists in achieving better handling and the rear wheels turn with or opposite the front wheels, depending on speed and conditions. 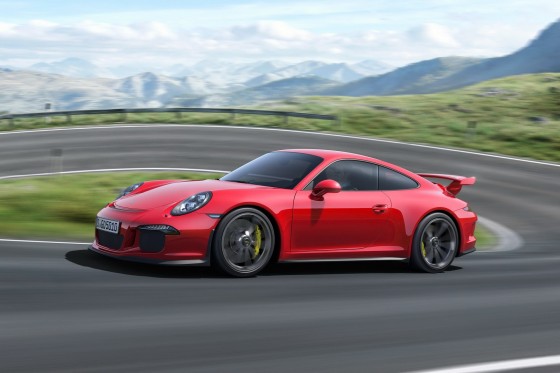 The exterior is typical Porsche 991, but with a very sexy looking front bumper that seems to have a smirk, I really enjoy the front end of this car.  At the back, there is a large fixed wing and a sporty rear bumper with center exhaust tips and air vents.  The car sits on wide 20” wheels that come with one center lug.  The interior doesn’t seem much different from the Carrera and features suede on the seats, door panels, and parts of the dashboard.