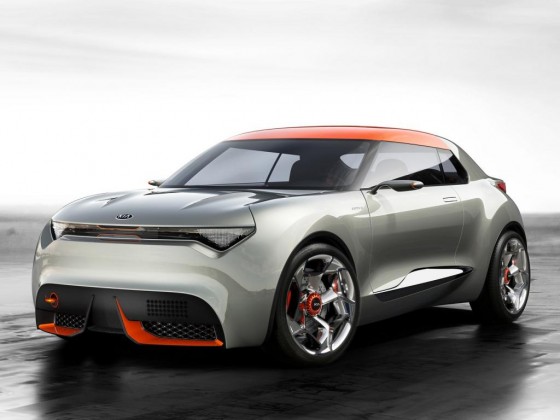 Kia, hungry for market share, has revealed a few photographs of a concept vehicle known as the Kia Provo Hybrid Concept in an effort to get curious minds even more curious. The South Korean automaker is hinting this as the future of their B-Segment vehicle. The Kia Provo is a design study for their 3-door hatchback which will be marketed as a racy urban concept. Kia really has no “sporty” vehicles and thier latest offering which has a hint of sport is Kia Cee’d and Pro Cee’d GT.

We don’t know a whole lot of details about the Kia Provo Concept but we do that it will be using a 1.6-liter T-GDI turbocharged engines that can found in the Cee’d lineup. This motor on it’s own will be producing 201 horsepower to the front axle but another 45 horsepower will be available from an electric motor that will be sent to the rear wheels providing it with extra juice when needed. So yes, the Kia Provo can be an all-wheel drive vehicle. The vehicle can also be used emissions-free for short drives around the city via the electric motor only. 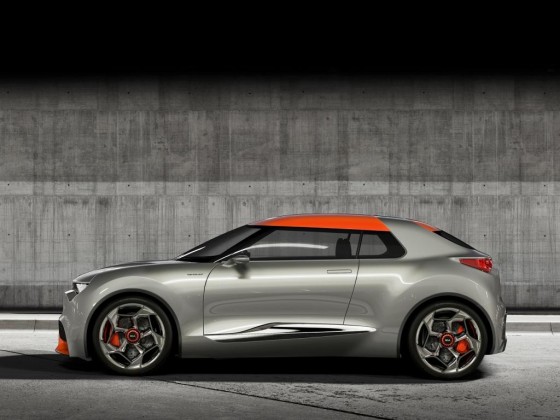 You may be thinking that Hyundai already offers a similar vehicle known as the Veloster. The Kia Provo is actually a smaller vehicle when compared to the Veloster and it’s also a lot more pleasant to look at. The Provo has very muscular lines and a design that is appealing and is sure to turn heads.

The Kia Provo Hybrid Concept will also feature a dual-clutch DCT gearbox which will have seven gears. If Kia can keep most of the design elements seen here in the concept, competitors should definitely be concerned. On the interior, the vehicle looks pretty minimalistic but very attractive at the same time. The Provo feature a flat bottom leather wrapped steering wheel and leather seats with diamond pattern stitching. It appear that the Kia Provo will be a four-seater. If most of the design made it to production, I would seriously consider this as a vehicle worth purchasing.