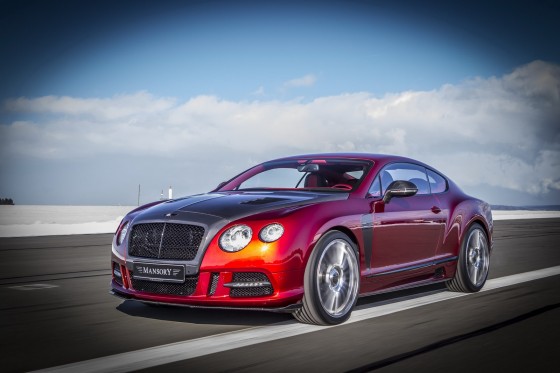 All the car manufacturers and tuners are ready for the 2013 Geneva Motor Show and there is press release after press release of information about 100’s of vehicles. The vehicle I’m bring to light today is the Bentley Continental by Mansory. The vehicle is referred to as Sanguis by Mansory and has a tuning package which enhances performance and appearance. Personally, I’ve never cared for the Bentley Continental or just about any Bentley to be honest.

This upgrade by Mansory doesn’t really change my opinion on the Bentley Continental Sanguis but it does make it a bit more appealing. For starters, Mansory added an aerodynamics package which includes newly designed front bumper, carbon fiber hood, and side sills. The Bentley Continental Sanguis now sits on 10-spoke 22-inch forged wheels wrapped in Vredsetein Ultrac Vorti performance tires. 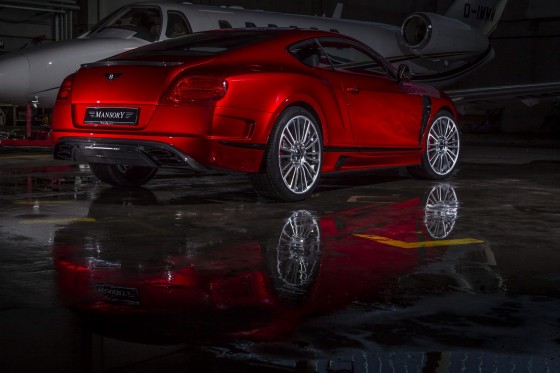 As if the the Continental isn’t fast enough already, Mansory technicians increased the power to an impressive 662hp and 575 lb-ft of torque at only 1,700 rpm by remapping the ECU. This ride should definitely pin you back in your seat. The Continental Sanguis can now achieve the 0-100km/h dash (0-62mph) in only 4.5 seconds while the top speed is at 322km/h (200mph).

The interior of the Bentley now appears as though a murder scene took place inside it from the ridiculous amount of red leather which covers nearly every square inch of the interior.