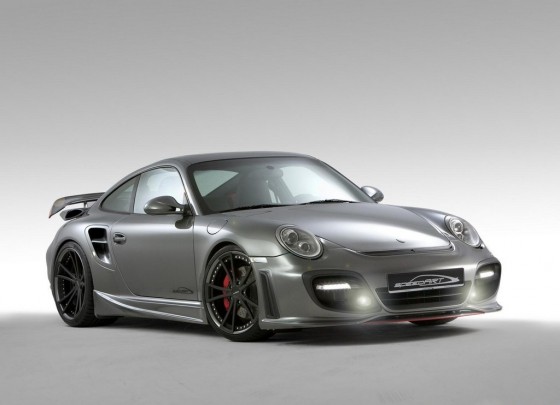 The Porsche 911 is one of my favorite supercars, it has classic looks and from what I hear, it doesn’t break down as much as many of the other supercars.  German custom tuners speedART have taken the Porsche 911 (997) turbo to another level with their tuning package, which not only includes body enhancements but also performance increases.  The tuned Porsche 997 is called the BRT-II 650 EVO.

The body gets minor modifications with a new front bumper which consists of a front spoiler and bigger openings for better front brake cooling.  Side-skirts, a rear diffuser and a movable spoiler have been added for extra down force and better aerodynamics.

The BRT-II 650 EVO sits on massive 8.5 inch wide wheels in the front and 12 inch wide wheels in the rear, wrapped in 245/30 ZR20 and 325/25 ZR20 tires in the back.  The wheels are 20 inch 3-piece screwed forged Light Spoke Competition (LSC), which come in a variety of colors.  A new speedART adjustable suspension has also been added for better handling and to cope with all the upgrades.

On to the business end of the Porsche; the engine has been upgraded to produce 641 horsepower (650 PS/478 KW) and over 664 pound feet (900 Nm) of torque, an increase of 148 hp and 110 lb-ft of torque.  In order to handle the added power, the Porsche’s PDK transmission had to be reinforced using eight rings per packet instead of the standard six rings.  The transmission reinforcements allow the car to put down 30% more torque to the wheels.

The Porsche speedART BRT-II 650 EVO’s extra power comes courtesy of sport air filters, a sport exhaust system with sport cat-backs and two tail pipes.  The headers and manifolds have been replaced with the sport variety and the turbo gets bigger VTG-Turbocharges.  The end result is a car that rockets to 124 mph (200 km/h) in a little over 9 seconds and can reach a top speed of 208 mph (335 km/h).

Overall I really like the looks of the Porsche speedART BRT-II 650 EVO, it looks great with the Meteor Gray metallic paint and I especially like the tastefully placed red accents on the exterior, although, I’m not too big of a fan of the red on the center console. 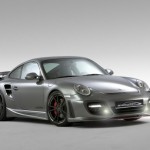 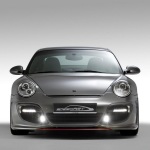 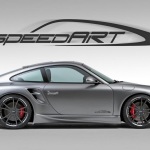 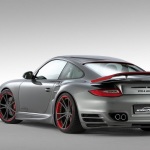 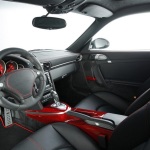 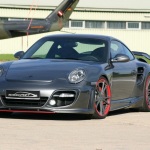 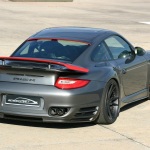 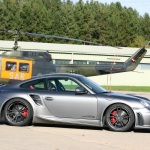 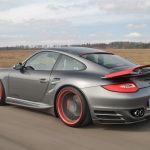 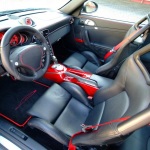