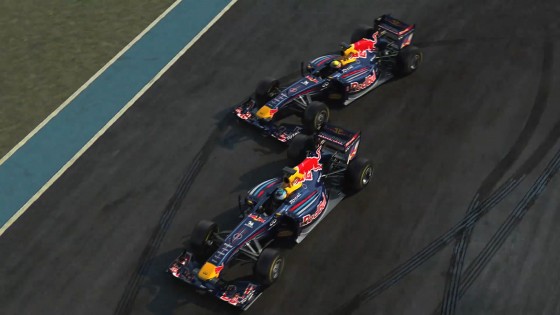 This year’s Formula 1 season is just around the corner and the waits has been pretty bad for a lot of us fans; we would’ve had our first look at the 2011 cars last weekend had it not been for political troubles in Bahrain.  But we’re almost there and the Australian Grand Prix should be a fun watch.

In the meantime, we can watch Red Bull Racing’s Renault powered RB7 cars thanks to a computer simulation video produced by the team.  The simulation video shows us angles of cars we’ve never seen in real life TV coverage and give us a closer look at all the sponsors.

This year’s F1 season is going to be an extremely exciting one, Red Bull Racing‘s Sebastian Vettel is going to do everything he can to retain his crown and Ferrari and McLaren are more determined than ever to bring the championship to their teams.

Audi Steps It Up With The All-New TT-RS