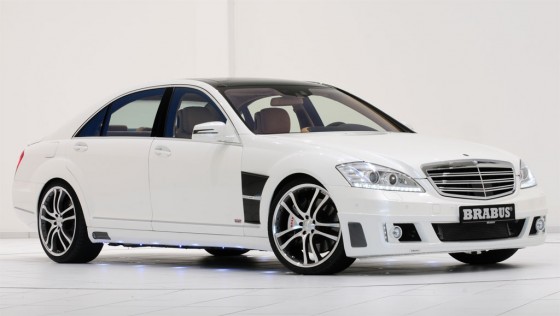 Car tuning company BRABUS have unveiled a sweet looking Mercedes-Benz S350 BlueTec CDI.  Normally car tuners go after big horsepower gains and visual appeal, which BRABUS has done with the S350 but they’ve also made the car Euro VI emission standard complaint, which doesn’t even go into effect until 2014.

Enough of this emission talk, let’s get into the things we’re more interested in.  The top of the line BRABUS ECO PowerXtra D6S S350 comes with 313 horsepower (up 55 hp) and 509 pound-feet (690 Nm) of torque (up from 457 lb-ft/620 Nm).  The Mercedes S350 BlueTec reaches the 62 mph mark in 6.5 seconds with an electronically limited top speed of 155 mph (250 km/h).  The beauty of this system is that if you don’t want to use the added power, you can simply turn it off with the push of a button and the car will produce the standard hp and torque.

The BRABUS ECO PowerXtra D6S performance package is available on all four body styles of the Mercedes E350 CDI and CLS 350 CDI.  All of the cars come the BRABUS three-year/100,000 km warranty, prices haven’t been announced yet.