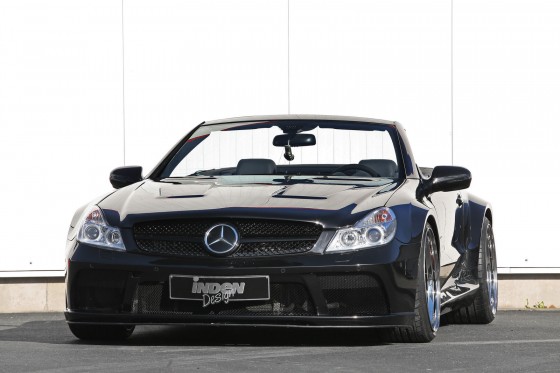 Most car enthusiasts have heard of the Mercedes-Benz “Black Series” cars; they are the hard core versions of the already highly tuned AMG cars with DTM-styled body kits.  Since 2008 Mercedes-Benz has been producing a Black Series version of its hardtop convertible, the SL65 AMG, but in a hardtop only version.

For those that like the look of the Mercedes-Benz SL65 AMG Black Series but still want the open-air experience of the convertible, Inden Design has a solution.  Their latest tuning kit for the SL65 AMG includes an all-new body kit that provides the looks of the “Black Series” car but without sacrificing the hardtop convertible.

The body kit includes the signature wide fender flares from the Black Series, blacked out front grill, new front and rear bumpers, a new hood with a pair of air vents, and a new trunk mounted spoiler.  To fill the massive wheel arches, a set of 20” rims with 265/30 front and 325/25 rear tires were added giving the Inden Design SL65 AMG a mean and aggressive look. 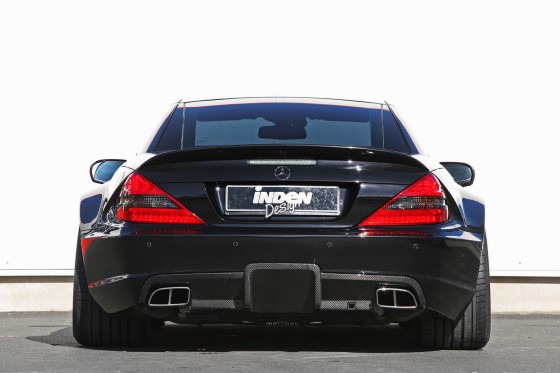 The SL65 AMG’s bi-turbo 6.0 liter V12 engine puts out 612 horsepower and 738 pound-feet (1,000 Nm) of torque but that wasn’t enough for the German car tuning company.  Output has been increased to 680 horsepower with the help of an ECU tune; the electronically controlled speed limiter was also removed for added fun times on the autobahn.  The car is equipped with a new exhaust system for an even more aggressive tone and has been lowered by 45 mm.

The interior upgrades have been kept to a minimum with the addition of Alcantara covered steering wheel and two of the gauges.