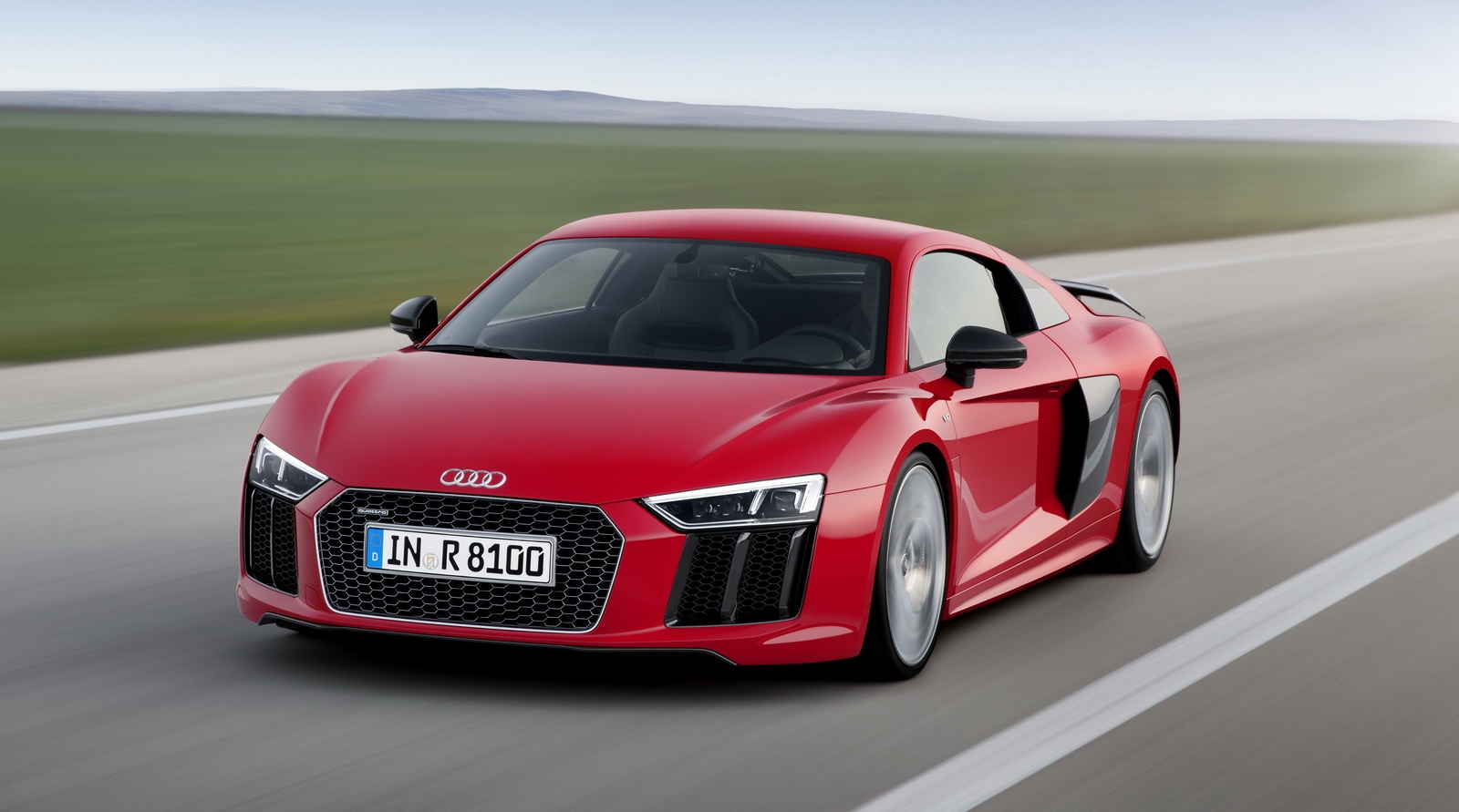 The Audi R8 sports car has been around since 2006, it has been quite a popular car and has seen minor updates over the years. It started out as a V8 only but then Audi decided to add in a V10 option as well. Now Audi has decided to give the car a complete makeover, well, as much of a makeover as one can expect from Audi.

The 2016 Audi R8 and R8 Plus two-seater sports cars will be officially unveiled at the 2015 Geneva Motor Show in March. Initially the cars will be offered with V10 engines only and will only come with automatic transmissions. 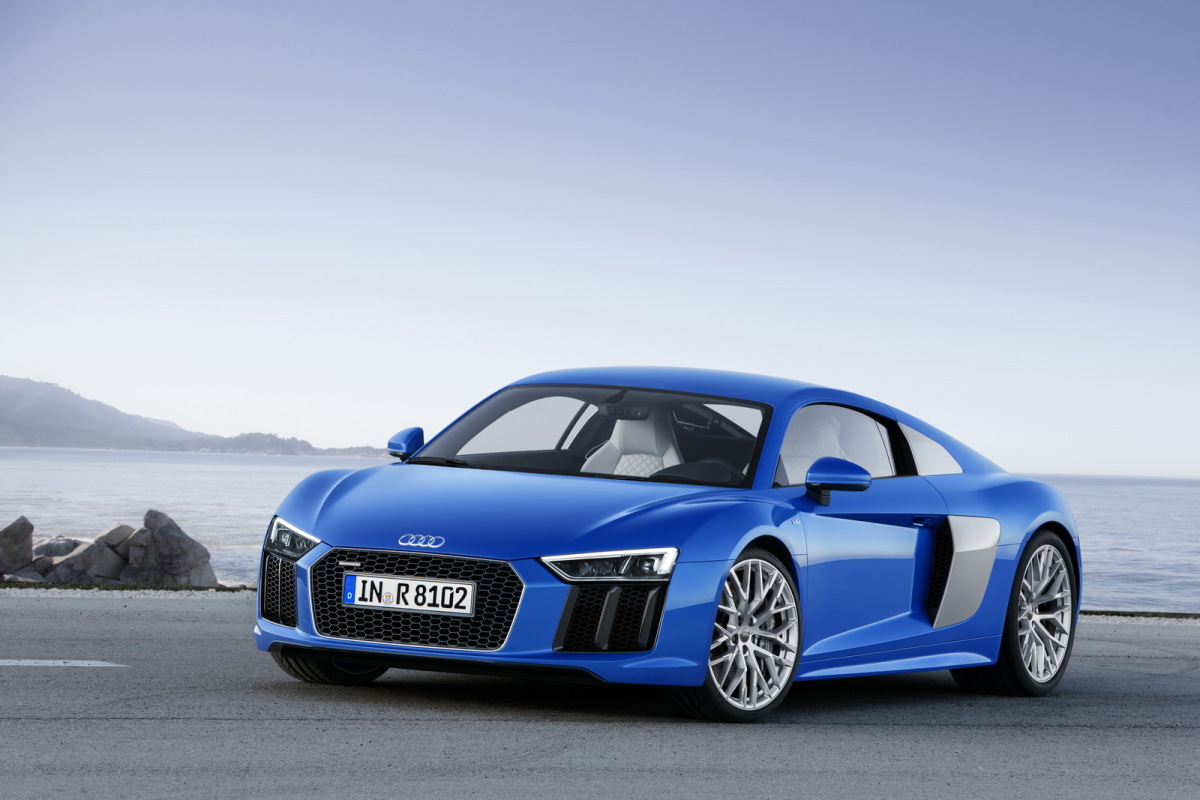 Both models have also lost weight, the standard R8 is 50 kilos lighter and the R8 Plus is 143 kilos lighter than the V10 equipped previous generation cars. The weight loss is achieved with the use of carbon fiber reinforced plastics and aluminum in the chassis.

The 2016 Audi R8 is also said to be more fuel efficient by using direct and indirect injection and cylinder deactivation. The standard R8 consumes 11.8 liters/100 km and the R8 Plus consumes 12.4 L/100km, we’re assuming these are highway numbers and on European cycles.

The exterior of the Audi R8 is still unmistakably R8, Audi’s “new” models are usually very similar to the models being replaced with sharper lines. The new R8 does have a lot of sharp lines in the front bumper. The interior is minimalist, with only a few buttons on the center stack and the omission of a large touchscreen, which is so common on most new cars. Most of the information is displayed on the large screen behind the steering wheel. 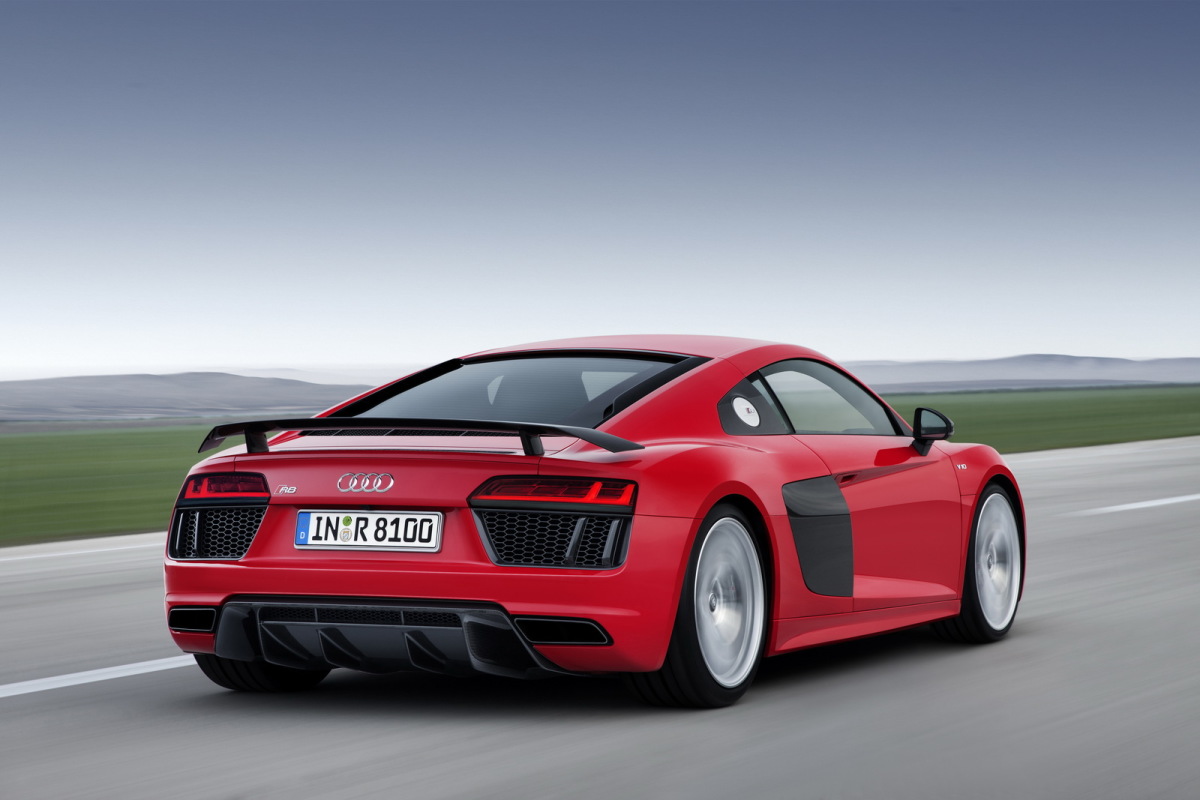 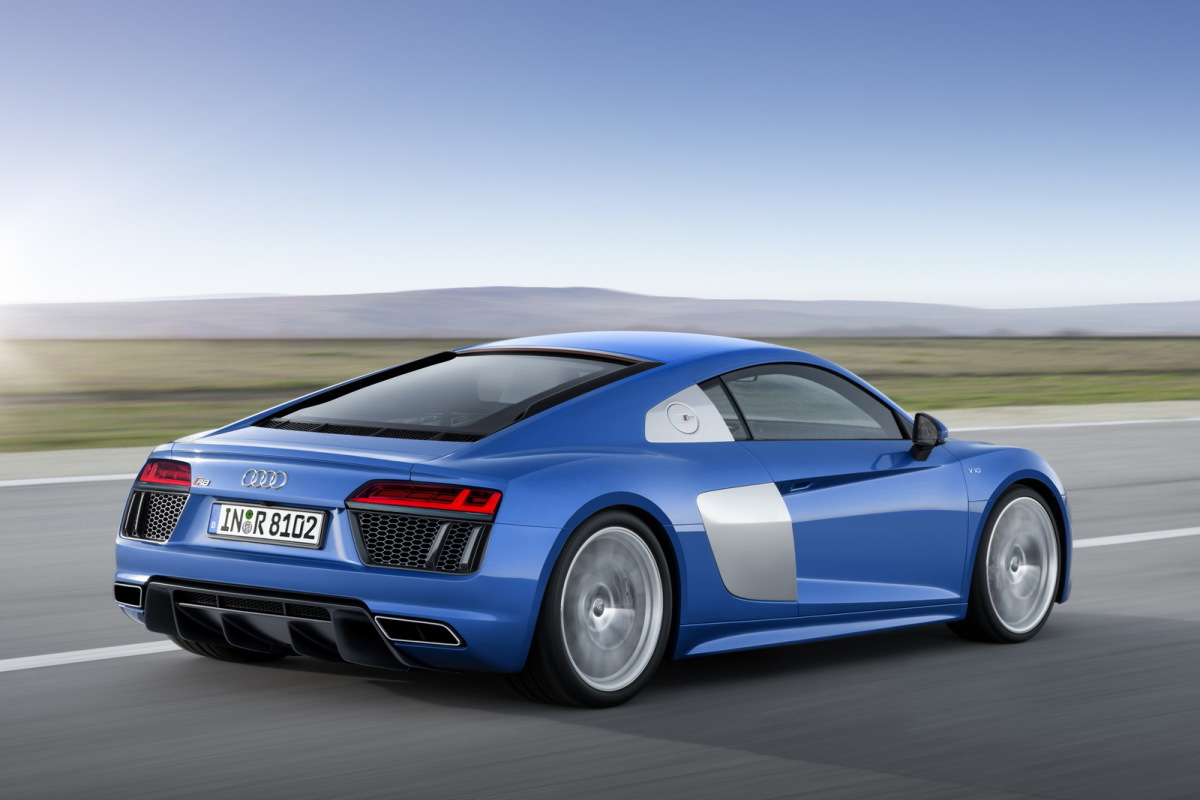 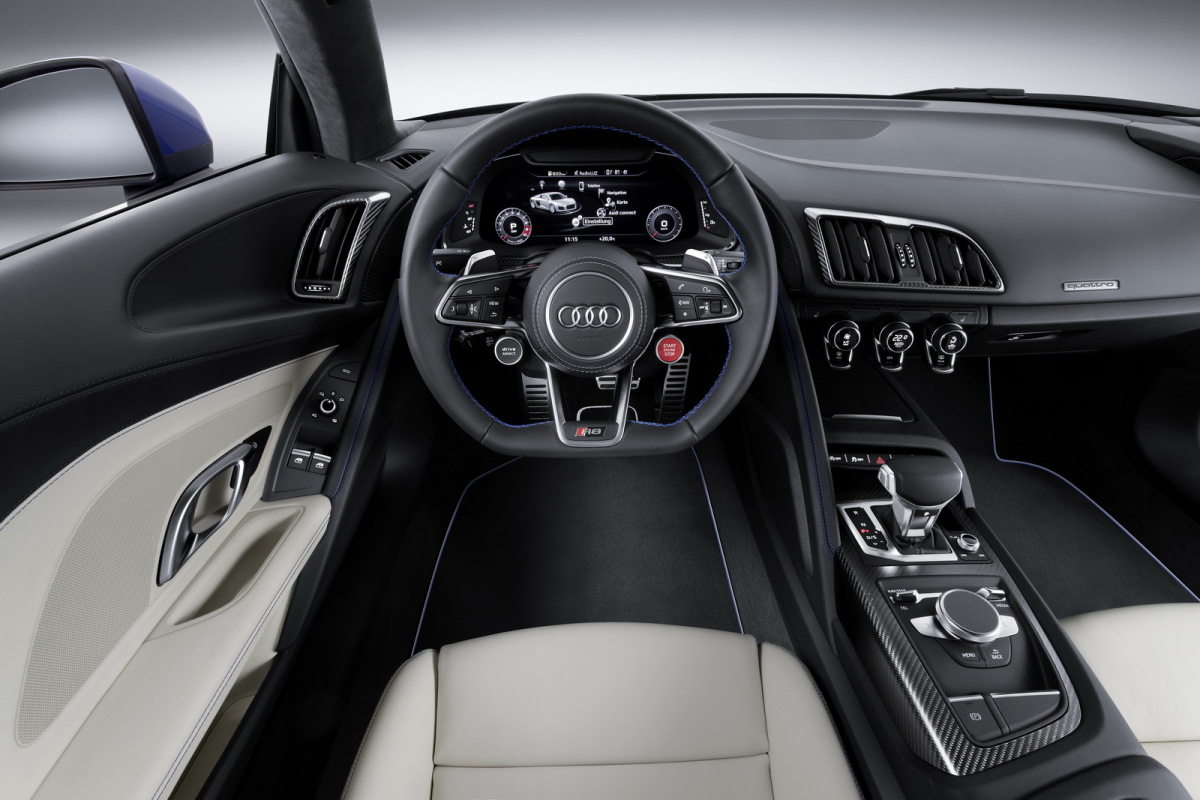 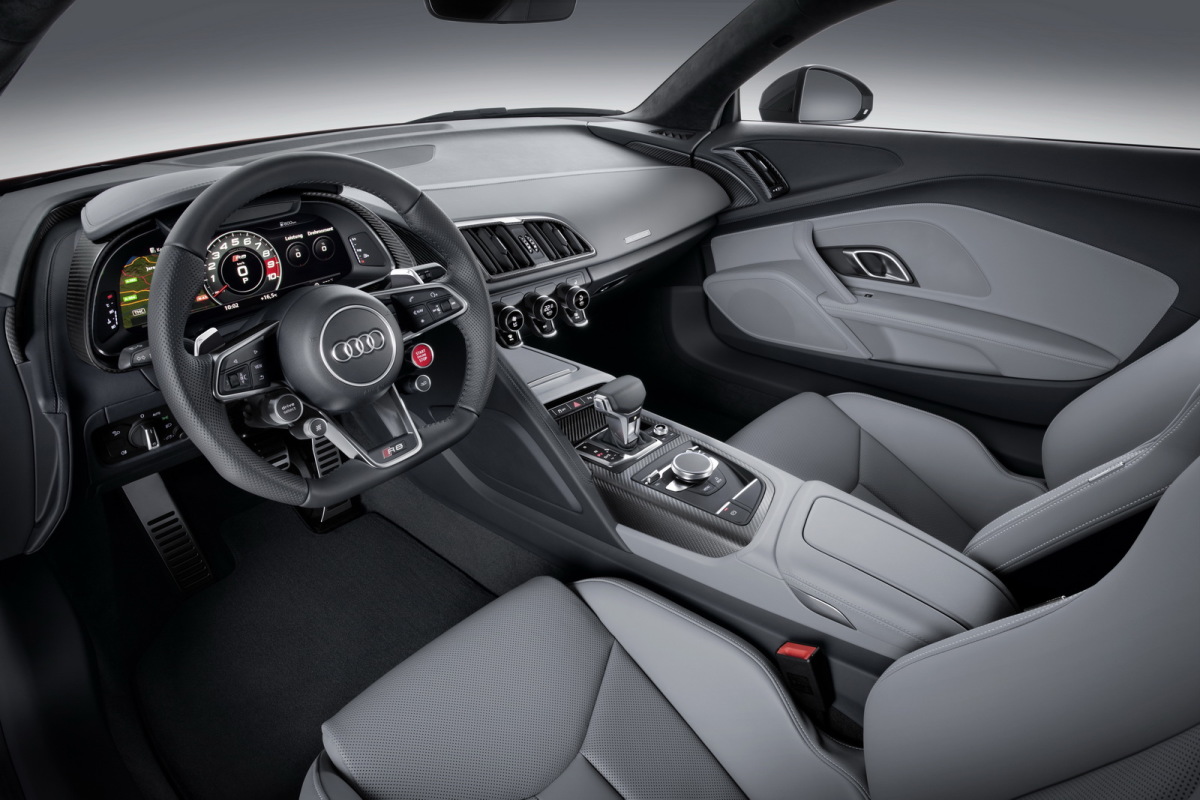