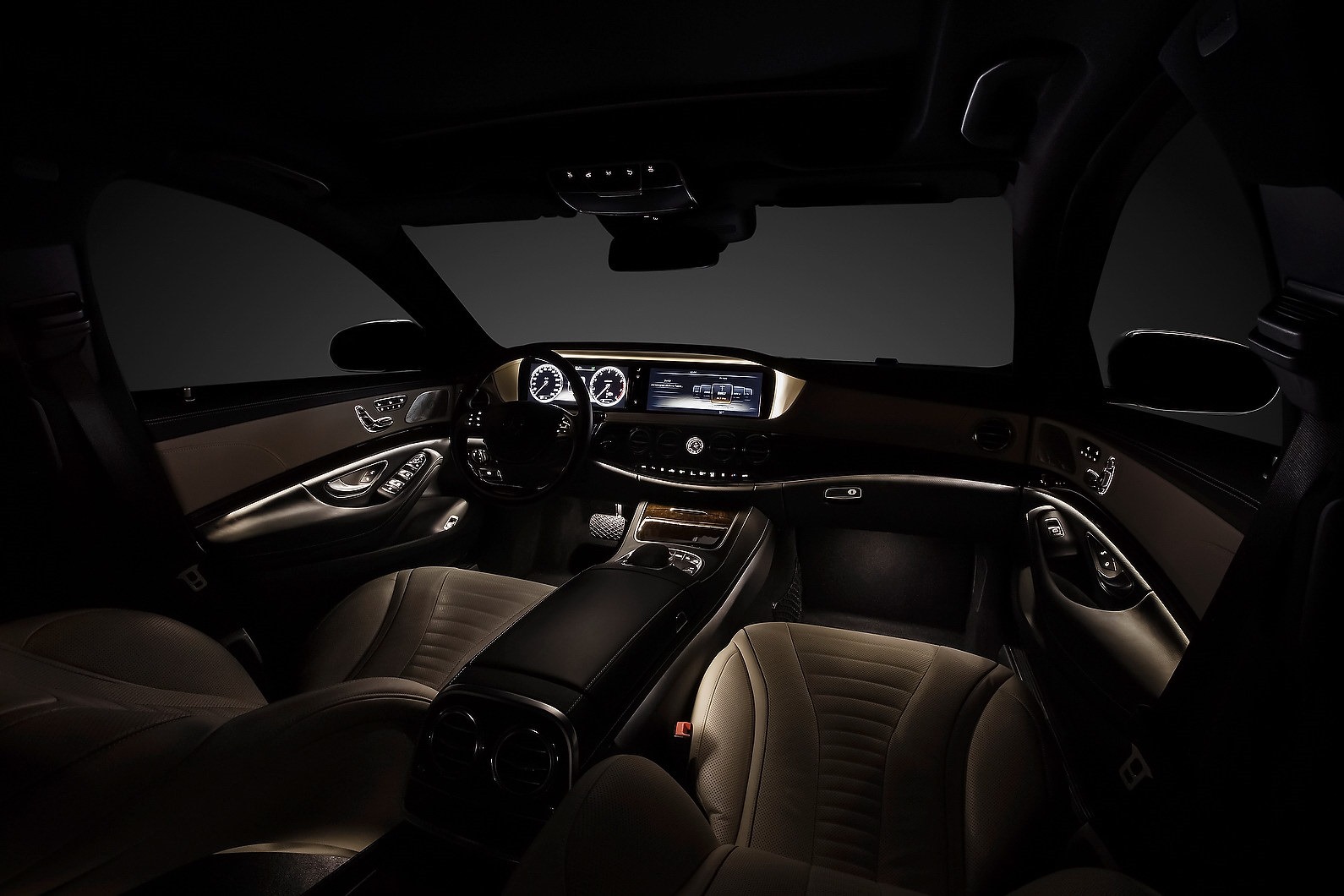 There are lots of spy photos of the new S-Class floating around the internet but we haven’t seen any production-ready model pictures yet.  But for now, Mercedes did provide us with some interior shots of the 2014 S-Class luxury sedan.

Although the pictures of the interior are pretty dark, there is still plenty to see.  The interior looks pretty luxurious, what else would you expect from a Mercedes S-Class?  The 2014 S-Class interior looks more modern than other Mercedes interiors and I like the direction they’re going in with this cars, which should make its way into other models as they’re replaced. 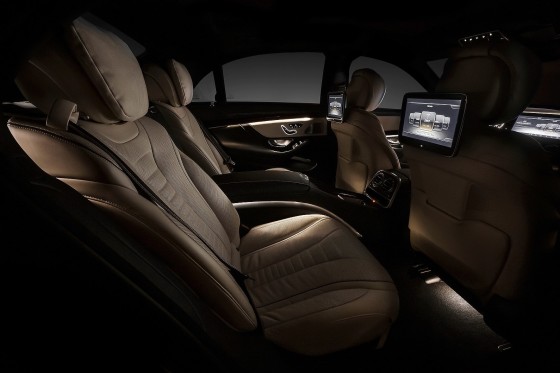 Looks like Mercedes has done away with most analog buttons and gauges.  Behind the steering wheel, there is a large rectangular screen that displays the speedometer and tachometer, I’m sure this will be customizable.  To the right, there is a large 12.3” display screen that would display digital buttons to control the entertainment, heating & cooling, navigation etc.  The overall front passenger cabin looks very inviting, luxurious, and modern.  Job well done Mercedes.

The rear is just as luxurious and comes with a pair of touch screens, heated and cooled massage seats, and the rear seats recline to 43.5 degrees with little pop-up area to put your legs up on. Via: Mercedes-Benz