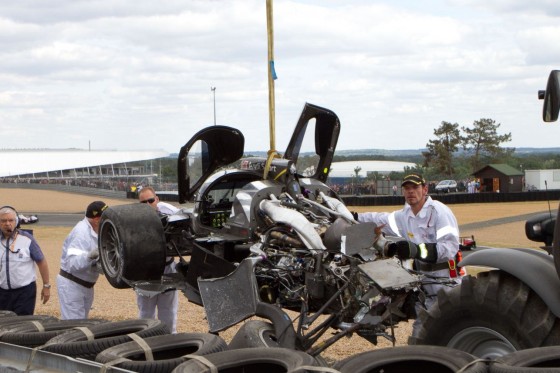 If not, we have some pictures and video footage from the 2011 24 Hours of Le Mans race crash between Allan McNish’s Audi R18 and the Ferrari 458 Italia.  The accident looks pretty devastating but thankfully everyone walked away alive after everything was said and done and we give props to the engineers for making these racing cars very safe.  Considering the amount of damage caused, it is shocking to see Allan McNish just walk away from this crash, he was taken to the hospital as a precaution but all his limbs were where they should have been.  Hit the jump to see the pictures and video. 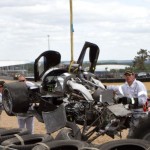 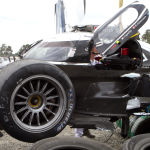