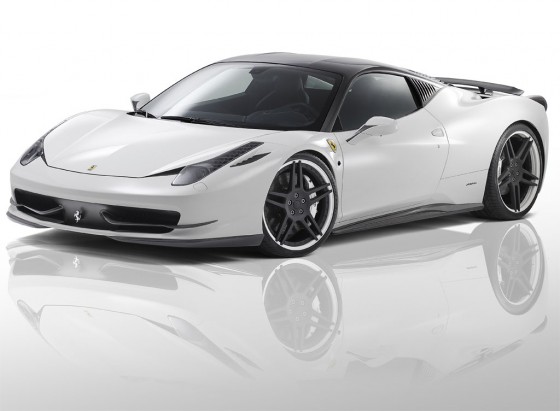 Novitec Rosso, one of our favorite car tuning companies introduces their latest car, the Ferrari 458 Italia.  The car will be presented at the Geneva Motor Show next month.

I think the Ferrari 458 Italia is one of the most beautiful cars in the world and doesn’t need any tuning but the Novitec 458 Italia is acceptable; the visual upgrades are minimal and have been done in the name of better aerodynamics.  The car was taken to the wind tunnel at the University of Stuttgart, as a result, carbon fiber components were developed for better aerodynamics.  Carbon fiber winglets were added to the front flaps and attached to the bumper, the fender mounted louvers, rear wing, and the diffuser was also made out of carbon fiber. 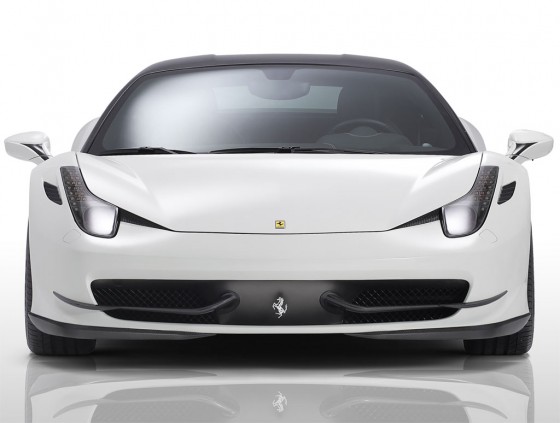 The Novitec Rosso Ferrari 458 Italia gets increased horsepower output from the 4.5 liter V8 engine, now at 609 HP at 9,100 rpm and 420 pound-feet (569 Nm) of torque at 5,400 rpm.  The increased power results in a higher top speed of 205 mph (330 km/h).  The power increase is achieved with a new carbon fiber air box that has had the air routing modified.   A new exhaust system is installed which consists of a flap to adjust the sound the 458 Italia makes, the adjustable flap seems to be the latest trend when it comes to exotic car tuning.

The Novitec Rosso 458 Italia comes with sport springs lowering the car by 35 mm, a hydraulic system was installed that can raise the car by 40 mm when going over speed bumps (same as the Novitec Ferrari California Race 606).  The car rides on Novitec Rosso NF3 wheels with Pirelli PZero high-performance 255/30 ZR21 front and 335/25 ZR22 rear tires.