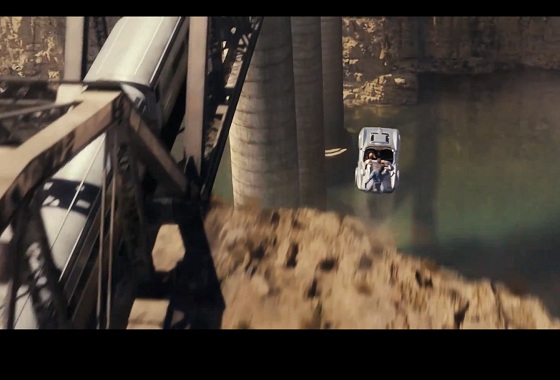 The second trailer for the movie, Fast Five, in the Fast & Furious franchise has been released (after the jump).  Fast & Furious: Fast Five will be hitting theaters on April 29, 2011 and will feature Vin Diesel, Ludacris, Tyrese, Paul Walker, Jordana Brewster, and Dwayne “The Rock” Johnson.  The Rock looks a lot more steroided-up than usual in this trailer.

With lines like “This just went from mission impossible to mission in-freaking-sanity”, who can resist watching this masterpiece at the theater.  In typical FF fashion, the movie is going to be filled with hot cars and hot women, which should make up for the lack of Oscar-caliber dialogue.