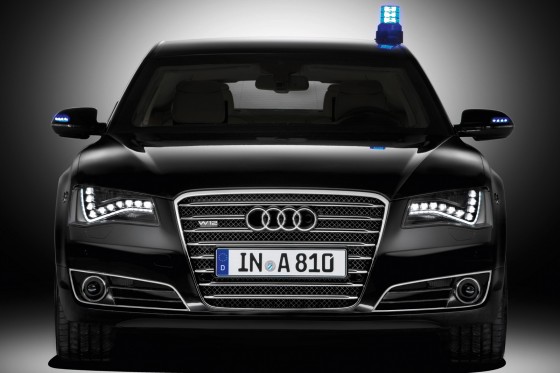 Attention politicians, war lords, and drug dealers! Audi is thinking about you and your needs with the all-new 2011 Audi A8L Security. The vehicle is slated to go on sale later this summer (2011).

This version is just as sexy as the standard A8 but the Security version is certified by the German government to comply with the VR7 ballistic standard. This pretty much means that the A8 L Security is capable of taking a numerous bullets from rifles, small arms fire, and small explosives such as hand-grenades and light anti-tank mines. Of course all this extra protection means that this thing also weighs as much as a tank. Not to worry though as the car has been fitted with a 6.3-liter W12 engine which produces 500hp and 461 lb-ft of torque. Power is transferred to all four wheels via an eight-speed automatic transmission. The car is still able to achieve the 0-60mph in an impressive 7.3 seconds and a top speed of 131 mph.  The 500hp beast happens to consume 3 liters less of gasoline when compared to the previous 450hp model. A different engine is also rumored for the 2012 model which will have a fuel consumption of 23.5mpg. Only a diesel motor is capable of having this type of fuel economy considering how much the car weighs. We’ll see but it looks like it’s going to be a diesel engine for the 2012 model.

It takes about 450 hours to build the car in a highly secured facility in Neckarsulm, Germany. Security is tight at the facility with no phones or cameras allowed to avoid any technology leaks.

So what makes this car so heavy and how does it offer protection to the passengers? 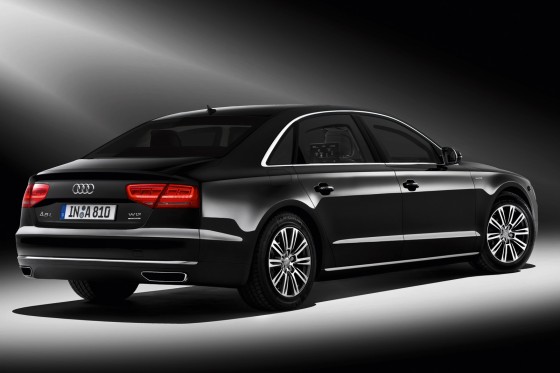 The Audi A8 L Security is built on an ASF (Audi Space Frame) aluminum body which features a safety cell built out of tough materials such as aramide fabric, hot-formed armor steel, ceramics, multi-layer glass, and special alloy aluminum. Many of the materials also overlap at the join for extra protection. Just the safety cell weighs in at 1,587 lbs (720kg). The side sills of the car have also been reinforced along with an armored floor.  Audi has also implemented special glass that’s coated with polycarbonate coating and weighs a massive 661 lbs (300 kg). The strengthened doors on the car weigh in at 794 lbs (360 kg) providing the ultimate protection against those annoying bullets flying into the car. 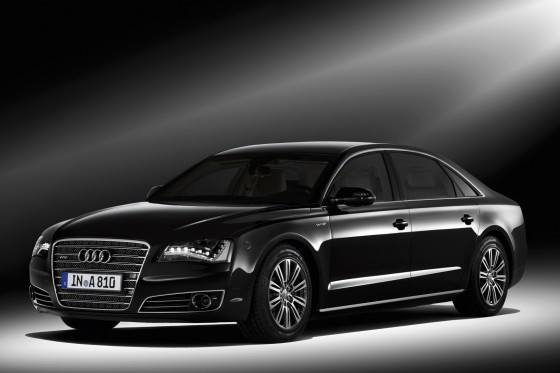 If an attack does happen to take place, the Audi A8 L has a built-in fire extinguisher system in place as well as an emergency exit system (optional), and a smoke extractor to clear the vehicle. If the passengers decide not to exit the vehicle in the barrage of bullets, the car does feature high load index tires which allow the Audi A8 L to travel at speeds of up to 50 mph (80 km/h) even if the tire pressure is lost. 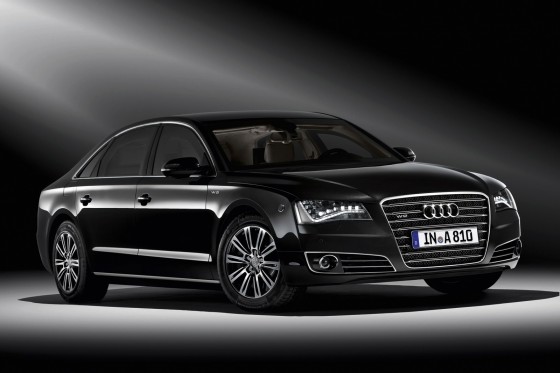 Besides the security features, everything else on the Audi A8 L Security will have the same level of quality and comfort as the standard Audi A8. Price for the 2011 is unknown at the moment but the 2007 Audi A8 L had a price tag of $685,000 just to give you an idea. 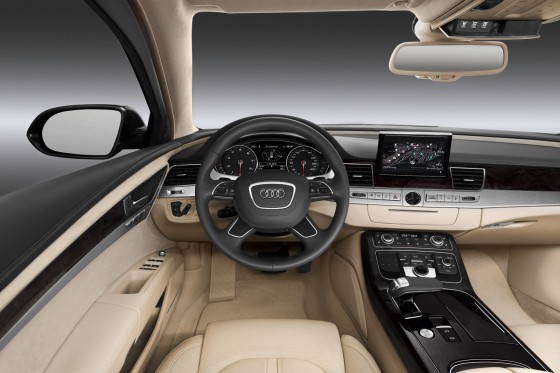