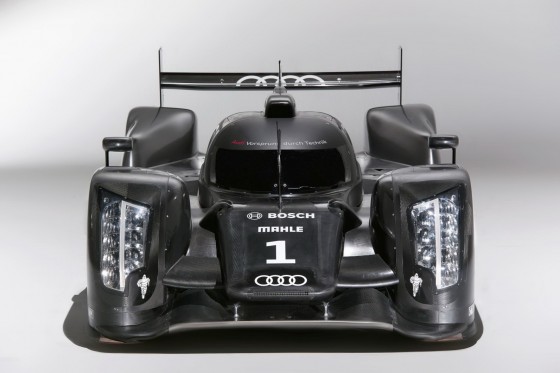 Audi released their latest LMP1 race car called the Audi R18 TDI.  This is the first time Audi has gone with a closed car.  The R18 looks quiet menacing, if Darth Vader had chosen car racing over the dark side, this is the car he would have been driving, leaving Alan McNish out of a job.

The R18’s monocoque body is lighter and stiffer than its predecessor and provides better aerodynamics, not to mention better protection from the rain for the drivers.  The R18 is powered by a 3.7 liter V6 TDI engine with a six speed transmission, the engine is quite a bit smaller than the previous racer which used a 5.5 liter V10 TDI.

The Audi R18’s design looks very nice, although not as streamlined as the Peugeot 90X, it still is a head turner.  The most distinct feature of the R18 is its huge headlights which have day time running lights shaped like the number “1”.  I personally think the massive headlights take away from the overall beauty of the design.

Work on the Audi R18 race car began in mid-2009 and engine testing started in summer 2010.  The R18 will make its debut in an official test in April 2011 and will be ready to race and do battle with the Peugeot 90X and other contenders in June. 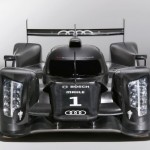 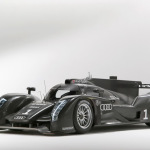 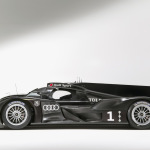 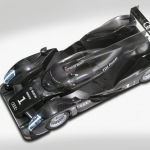 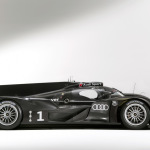 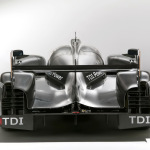 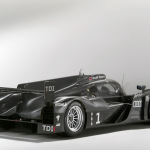 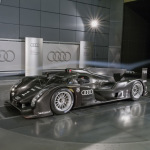 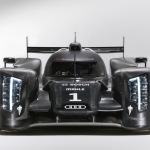