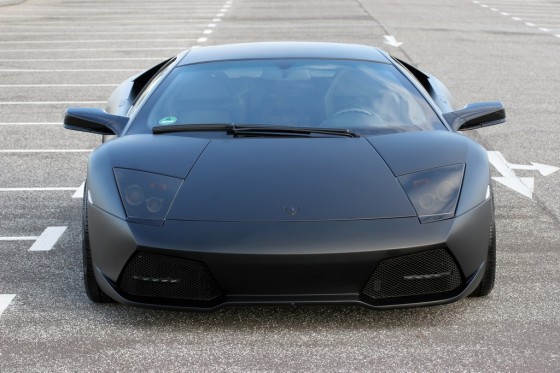 Unicate is part of MEC Design Group, which specializes in customizing high-end cars in terms of styling and performance.  The LP640 they customized is named “Yeniceri Edition”; the name refers to elite fighting teams from the Ottoman Empire.

The Unicate Lamborghini Murcielago LP640 goes for the stealth look with flat black paint or it could be wrapped in vinyl, giving the car a sinister look which could’ve made it the perfect car for Bruce Wayne in Batman Begins.  The front and rear lights have also been tinted black to continue the stealth theme.  The Murcielago has been lowered by 20 mm and rides on custom 20 inch ConcavTen rims.  The car is equipped with LED daytime running lights and there are also LED lights underneath the car, which looks lame in my opinion.  It was a good looking car until I saw those lights and almost punched my monitor!

The interior is also upgraded with carbon fiber accents and a new sound system with 2 way-system-boxes, amplifier and bass case, for increased music playing capabilities.  I don’t really see the need for an upgraded sound system because who needs music when you have the V12 singing in the back.

Overall the Unicate Lamborghini Murcielago LP640 Yeniceri Edition is a pretty cool and mean looking supercar with the exception of those LED lights underneath the car.  It gets 3.5 stars out of 5 on the First Super Cars exotic car scale. 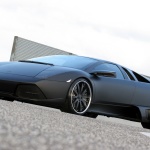 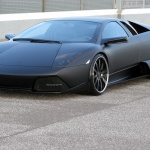 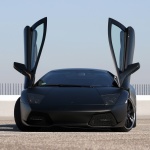 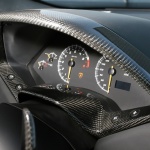 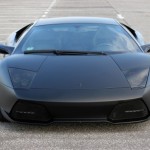 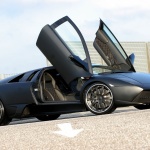 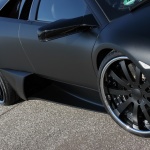 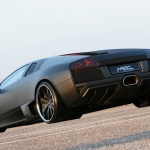 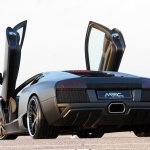