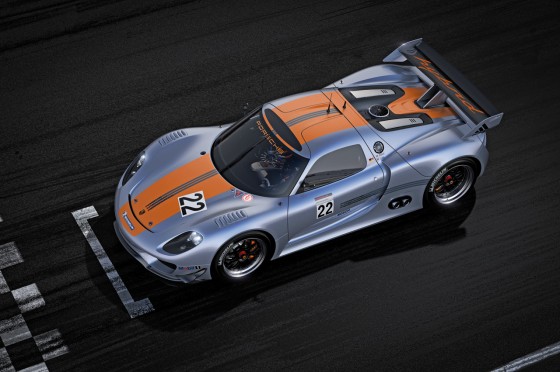 Last year at the 2010 Geneva Auto Show, Porsche revealed the concept car 918 Spyder featuring a V8 engine and two electric motors. And now, the company has just revealed a racing version of it at the 2011 Detroit Auto Show and is being referred to as the Porsche 918 RSR.

The Porsche 918 RSR will integrate the technology and designs that are currently being used on the Porsche GT3 R Hybrid and the 918 Spyder. This results in a stunning race car which is able to put out a total of 767 horsepower. Most of the power (562 horsepower), is produced by the 6.2 liter V8 engine while the remaining power is put out by electric engines which are powered by a flywheel accumulator located in the passenger seating area. The two electric motors will power each of the front wheels. The flywheel accumulator will store energy which is provided by baking, much like the KERS system used in Formula One racing a couple of years ago. When fully charged the car has instant 205  horsepower (from two 75 KW motors) with the push of a button and is available for up to eight seconds.

Porsche plans on bringing out the 918 RSR to race at the 24 Hours of Nurburgring this year and we’re looking forward to hearing this beast rev up to its max rev range of 10,300 rpm.  We do expect this technology to make it to Porsche’s road-cars and the design on the 918 RSR could make a super sexy supercar to take the place of the Porsche Carrera GT. 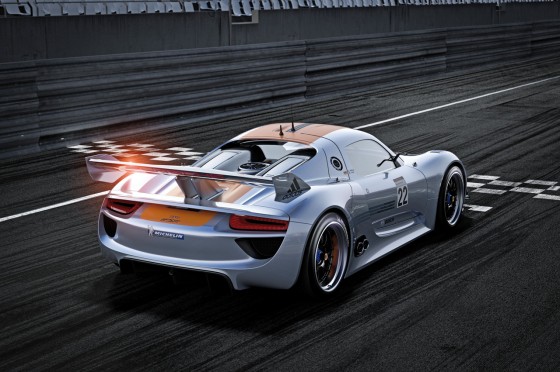 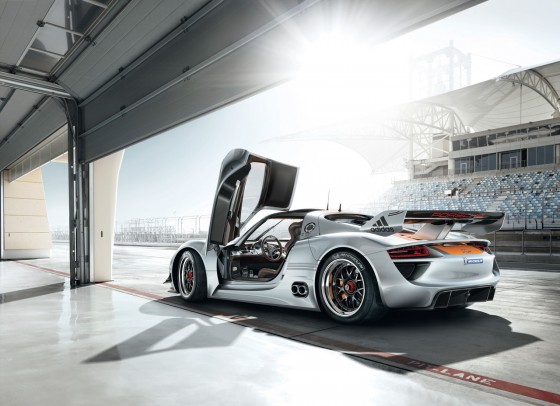 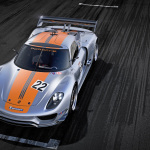 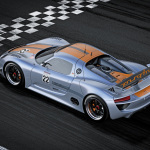 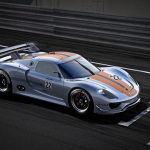 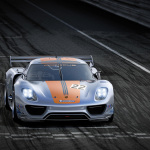 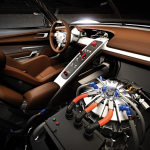 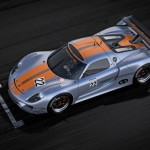 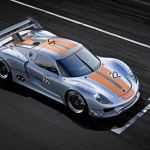 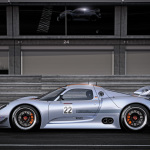 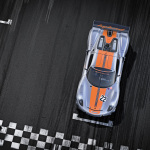 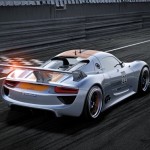 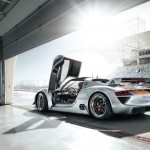 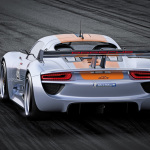 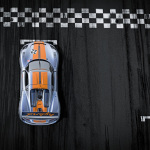 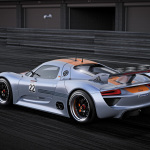 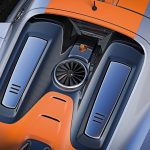