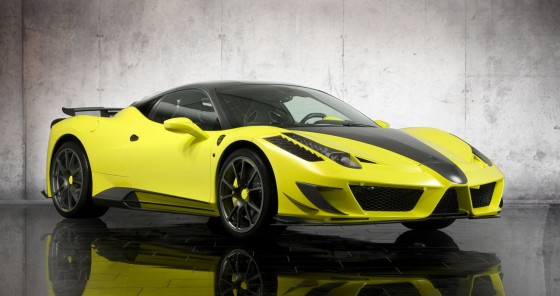 Mansory bastardizes yet another poor supercar, this time it’s the Ferrari 458 Italia.  They’re going a bit too far (even for their standards) with their new found love for Formula 1.  To some people this car might look cool (I’m guessing people that can’t see); in my opinion they butchered a perfectly good Ferrari 458 Italia.  The yellow and black (carbon fiber) paint scheme doesn’t help matters either.

The first thing you’ll notice at the front is the uglified Formula 1 inspired front bumper with a “nose” going up the hood.  They’ve added carbon fiber winglets to the front bumper and a massive rear diffuser and a carbon fiber rear wing.  Did I mention the louver now covering the rear window and obstructing our view of the glorious V8 engine?  Hello Mansory, the 80’s called, they want their louvers back. 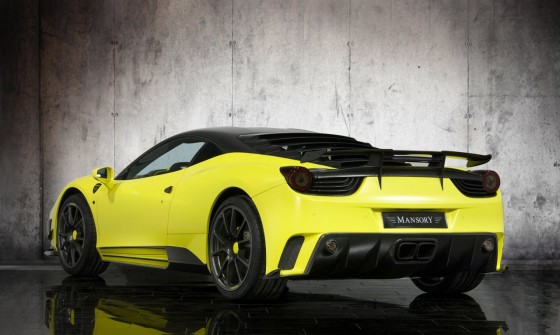 The only positive going for the Mansory Ferrari 458 Italia Siracusa is the reduction in weight because of all the carbon fiber they slapped on.  The car weighs 154 pounds (70 kg) less now and the 4.5 liter V8 produces 20 more horsepower (590 HP) thanks to a new sports exhaust, a sports air filter, and an optimized engine management system.  The Siracusa sprints to 60 mph in 3.2 seconds compared to 3.4 seconds in stock form and can reach a top speed of 205 mph (up from 201 mph).

So how much does the Mansory tuned Ferrari 458 Italia Siracusa cost?  Who cares, nobody’s going to buy this abomination. 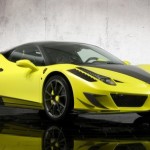 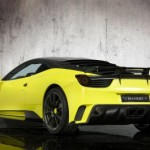 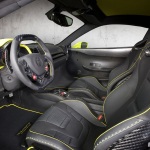 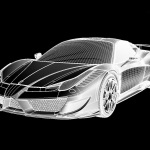 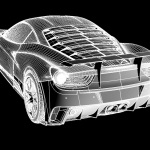