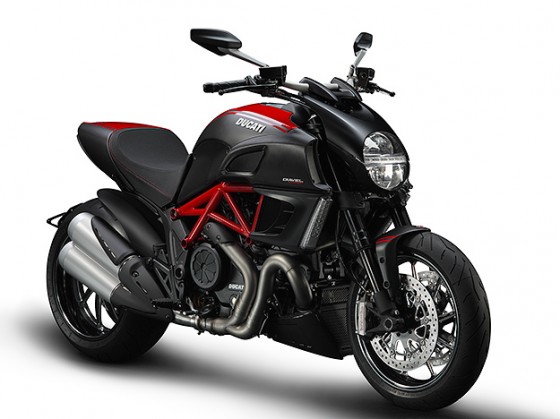 Ducati has ventured, once again, into the large cruiser market.  The first attempt was in 1964 with the 1256cc heavyweight Apollo, which was to take on Harley Davidson, however, that bike never made it to production.

The second take on cruisers is the Ducati Diavel, a sporty cruiser that reminds us of the Yamaha V-Max.  The Diavel is a relatively light cruiser weighing 456 pounds (207 kg), which is 59 pounds (27 kg) lighter than the Harley Davidson Sportster 883 SuperLow.  The Diavel is powered by an 1198 cc liquid cooled L-Twin Cylinder engine producing 162 horsepower (119 KW) at 9,500 rpm and 94 lb-ft (127.5 Nm) of torque at 8,000 rpm.  The engine is mated to a 6-speed transmission utilizing a slipper clutch to avoid rear-wheel lockup.  The bike is also equipped with a fully adjustable suspension in the front and back.  The brakes are anti-lock 4-piston Brembo Monoblocs.

The Ducati Diavel cruiser has a sporty look; however, many of the Ducati fans are not happy about Ducati’s ventures into the cruiser market.  I personally like the looks of the bike but I’m a sport bike guy and prefer the look and performance of the Ducati 848 EVO.  The Diavel comes with a massive 8-inch wide wheel in the rear with a 240/45 ZR17 Pirelli Diablo Rosso II tire.  The instruments consist of a bar mounted gauge and one on the fuel tank. 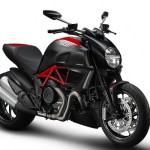 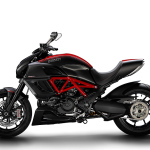 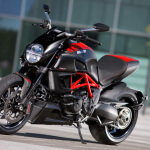 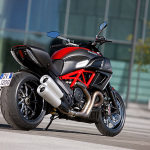 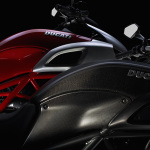 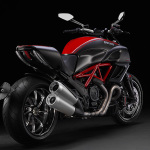