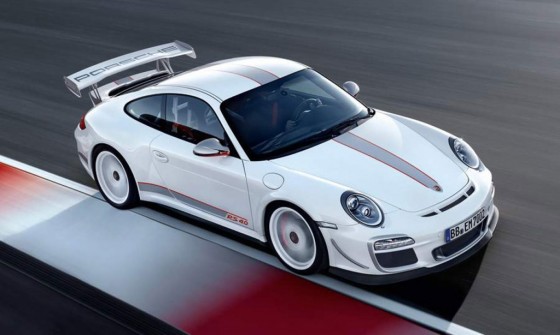 Leaked images of the rumored (now confirmed) Porsche GT3 RS 4.0 have been hitting the web today, can’t say the guys at Porsche are going to be about this but as the saying goes “don’t shoot the messenger”, we’re just giving the people what they want.

The Porsche GT3 RS 4.0 is an even more potent version of the already extreme GT3 RS but it is powered by a 4.0 liter engine instead of the 3.8 L found in the GT3 RS.  Most automotive sites are expecting power output to be around 500 horsepower, so we think it should be over the 500 hp mark, sent to the rear wheels via a manual transmission. 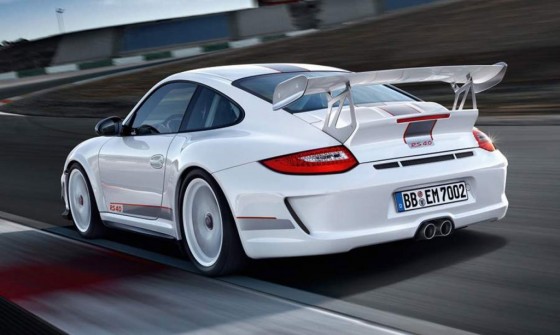 The Porsche GT3 RS 4.0 will come with special livery; white body paint with silver stripes and red pinstripes and matching body color white wheels.  The interior comes with black and red surfaces and a white roll cage.  Since this is a race oriented car, luxury amnesties such as navigation, air conditioning, and stereo system will not be found in this car instead there is a big empty space on the dash/center console.