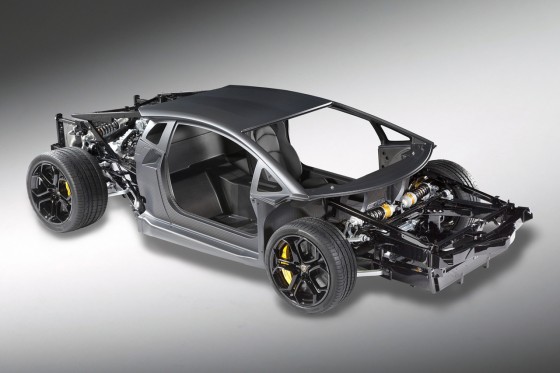 Before we got our hands on the clearest pictures yet of the Lamborghini Aventador LP700-4 (yesterday), Lamborghini released this image of the Aventador’s rolling chassis.  I never thought a chassis would look this sexy!

The Lamborghini Aventador is confirmed for the Geneva Motor Show in early march and is probably one of the most anticipated supercars in a very long time.  Lamborghini has released pictures of various parts of the car including the pushrod suspension, engine and gearbox, and most recently the carbon fiber monocoque.  And of course there are numerous spy shots and spy video and the leaked Croatian EVO Magazine photo.