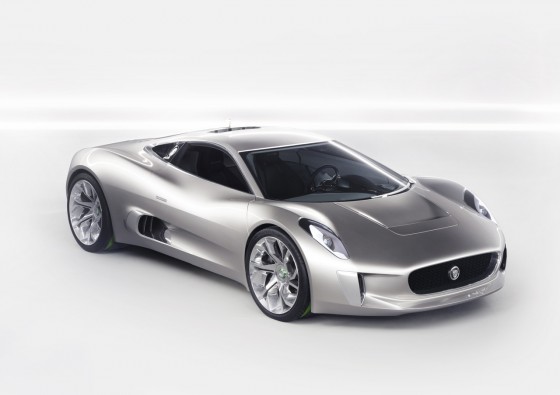 Jay Leno is one lucky dude!  He’s funny, he has millions of dollars and last but not least he has a lot of cars and gets to play with other peoples’ cars.  In the video below, Jay gets to drive (for a very short distance) the Jaguar C-X75 Hybrid concept car and gets to talk with Ian Callum, Jaguar’s head of design.

The C-X75 was built to celebrate Jaguar’s 75 years of car production and to show the world what the future holds for Jaguar.  The car is powered by four electric engines, placed at each wheel, producing 778 horsepower.  There are two additional gas turbine engines that produce 188 horsepower that charge the batteries. Pictures and more specs of the Jaguar C-X75 Concept.