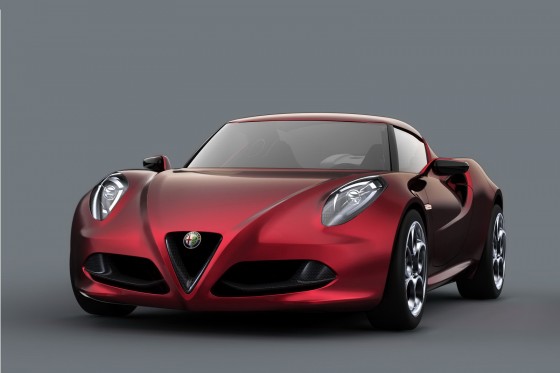 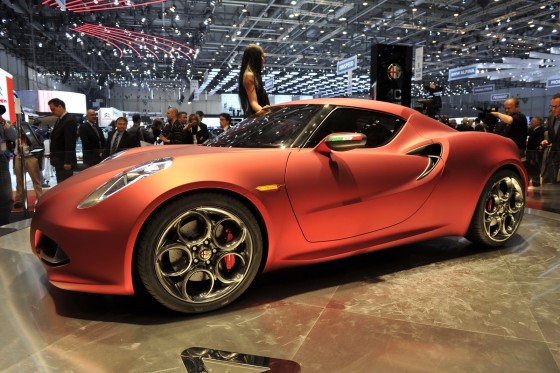 Alfa Romeo has unveiled one hell of a sexy concept car at the 2011 Geneva Motor Show called 4C Concept. The car is a handsome two-seater, mid-mounted engine and will be a rear-wheel drive coupe that could be in production as early as 2012.

The 4C Concept is the smaller version of its bigger brother, 8C Competizione, as both share similarities in design. The 4C Concept is a mini-super car as it only measures four meters in length and has a wheelbase of less than 2.4 meters. The 4C also uses the same technology which can be found in the 8C as well as the same materials such as carbon fiber, aluminum, and the same rear-wheel drive system. Unlike the bigger brother, the 4C will not be receiving the Ferrari V8 engine. The 4C will be treated to a 1.75 liter turbocharged four-cylinder which is borrowed from the Giulietta Quadrifoglio Verde. The four-cylinder engine is able to produce 200 horsepower which is used in conjunction with a twin-dry clutch transmission called “Alfa TCT”.

Although 200 horsepower does not seem like much in today’s market place, don’t be so quick to judge as the car only weighs 1,874 lbs (850 kilograms). This feather weight gives the 4C an impressive weight ratio of 4kg/hp thanks to the heavy use of carbon fiber.  The entire body is made of carbon fiber and most of the frame structure consists of aluminum.

According to Alfa Romeo, the 4C represents:

the true essence of a sports car, according to the brand values: performance, Italian style and technical excellence aimed at maximum driving pleasure in total safety.

The 4C Coupe Concept is able to achieve the 0-60 mph in less than five seconds while having the ability to reach a top speed of 155mph. With its small size and suspension setup, the Alfa Romeo 4C has maximum agility and road handling capabilities.

I personally find this car very attractive and would jump at the opportunity of purchasing the 4C if it was available in North America. 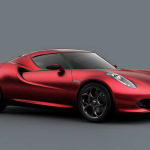 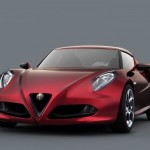 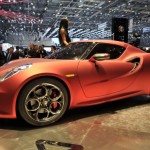 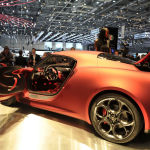 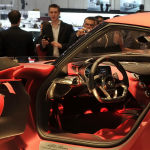 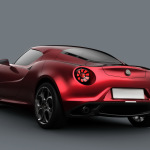