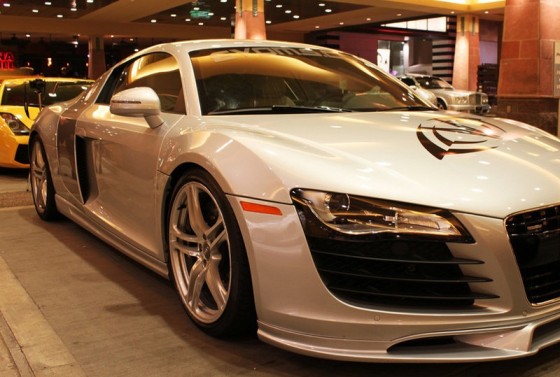 A lot of people felt that the previous generation Audi R8 was lacking something so the boys over at Audi decided to give it two more cylinders. That shut up a lot of people and the Audi R8 became one of the best cars in its class. But not everybody can be pleased. This brings us to the tuning company, Evolution MotorSports, based in Arizona.

Evolution MotorSports specializes in making fast cars go really fast. Their latest project is for the V8 and V10 variants of the Audi R8. They have built an amazing, true bolt-on twin turbo system for the R8. A lot of engineering went behind the twin turbo system and the company claims that the engine and upgrades will last for years to come.

The well thought out and complex twin-turbo package for the V8 version is currently pushing 800 horsepower on pump fuel while the turbo system for the V10 is currently putting down 720 horsepower. Not enough power? Not to worry as they have plans on increasing the power to 900 horsepower and even a system which would push the 1000 horsepower range. 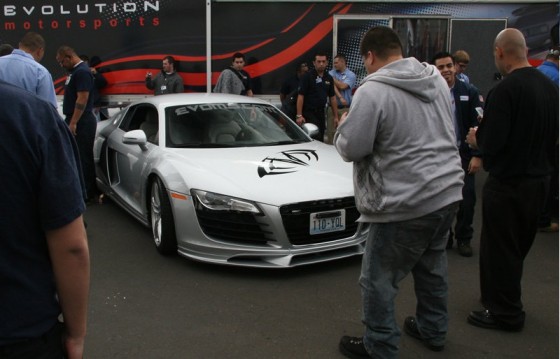 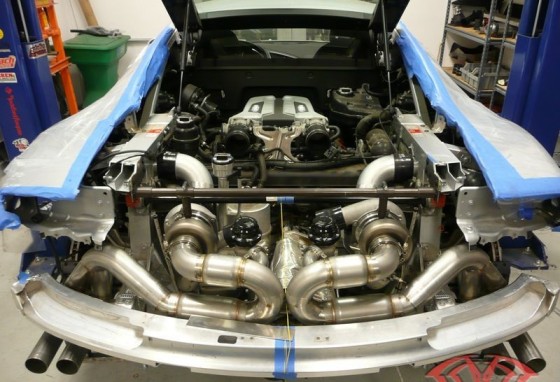 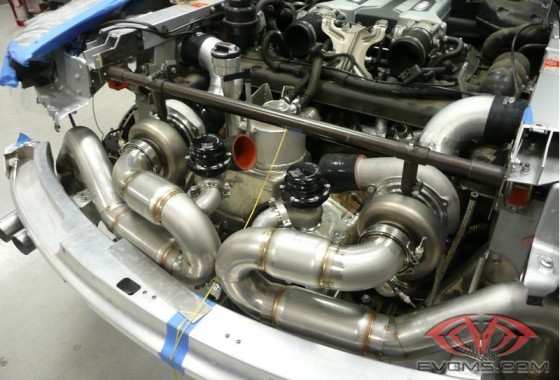