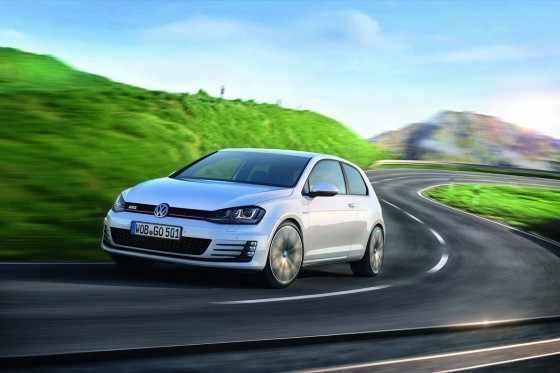 The new, 2014 Volkswagen Golf GTI MK7 is here yet you may be scratching your head and confused why it looks like the previous generation, MK6. Looks like Volkswagen designers went easy on the evolutionary changes and are milking the current generation for as long as they can. I don’t know the reasoning behind it but there are a few positive changes with the 2014 VW GTI.

The good news is that the 2014 GTI is now more powerful with the 2.0-liter turbocharged direct-injection engine producing 217 horsepower for the base GTI model. And the GTI Performance Model is producing 227 horsepower and it also features a front axle differential lock. The 2014 VW’s new MQB platform also allows the new GTI to drop about 93 pounds compared to the MK6. The curb weight is now 2,978 pounds for the 2014 VW GTI. 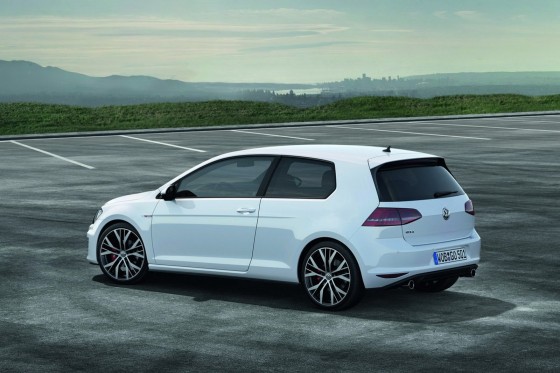 The only drastic change I see on the front of the new 2014 GTI is the red accent on the front grille. The current generation (MK6) has two red strips along the grille while the 2014 GTI (MK7) has one red accent along the lower front grille that goes all the way to the headlamp. The 2014 VW GTI also receives nicer 17-inch alloy wheels wrapped in 225/45 tires. Other standard upgrades on the 2014 GTI include standard upgrades over the regular Golf such as smoked LED tail lights, a twin pipe exhaust system, honeycomb grille inserts, rear diffuser, and side sills. 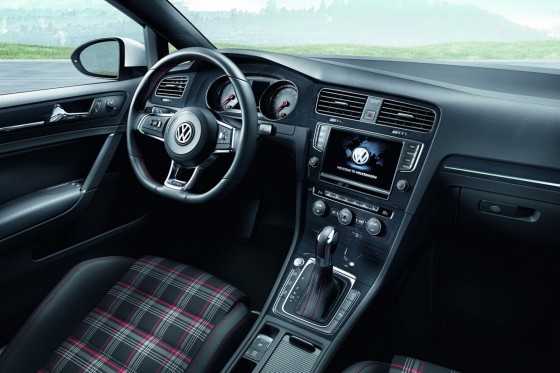 The interior on the base model of the 2014 GTI will feature the classic tartan pattern in fabric for the sporty seats, flat bottom steering wheel, black headliner, and red ambient lighting on the interior of the vehicle. The GTI will be available in a standard six-speed manual transmission as well as an optional six-speed dual-clutch automatic transmission. The company also states that the top speed of the 2014 GTI will be 155mph while it can dash from 0-60 in 6.3 seconds.

No prices are available for the North American market yet but expect them to be similar to the MK6 generation. Germans will be able to place pre-orders for the 2014 GTI in early March with a starting price of $37,000 (not North American price).