Never been a fan of the Volkswagen Beetle and never will be. Yeah Yeah, the good ol’ saying “Never say never” does not apply to myself or this car and that’s my final answer. Volkswagen tuners, ABT, begs to differ and have come up with a tuning package for the all-new 2012 VW Beetle and has even given it a cute name, the Speedle.

The performance upgrades by ABT are somewhat impressive but still not enough for me to go out and purchase the vehicle. The exact details won’t be available until September at the Frankfurt Motor Show but we do know the performance upgrades will be for the European model lineup. ABT has increased the output of the 1.2 TSI gasoline engine to around 140 horsepower which is an increase in 35 HP. The 1.4 TSI gas engine goes from 160 horsepower to a respectable 200 HP. And the flagship 2.0 TSI will go from the stock 200 HP to an impressive 240 HP. 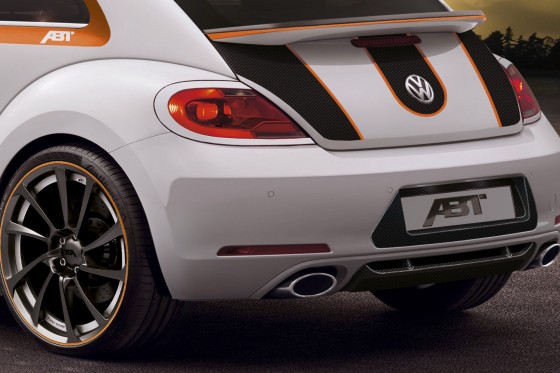 With added power, the suspension also should be upgraded. ABT’s package includes a lowered sports tuned suspension upgrade and offers a variety of wheel options including a set of 19-inch wheels which can be seen in the pictures below.  As for the exterior, ABT is currently putting together different packages to meet customer needs. Based on the pictures, ABT is working on a bodykit that includes a front spoiler, large rear wing, side skirts, rear apron, headlight and taillight covers, carbon fiber accessories, as well as custom designed tail pipes. 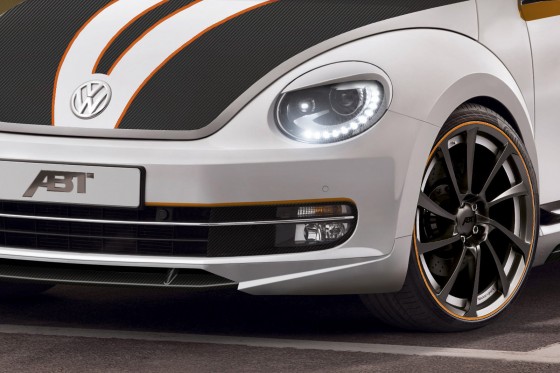 No word on whether a similar package will be available in North America or the pricing details for the European market. More details will be known at the Frankfurt Motor Show in September 2011. 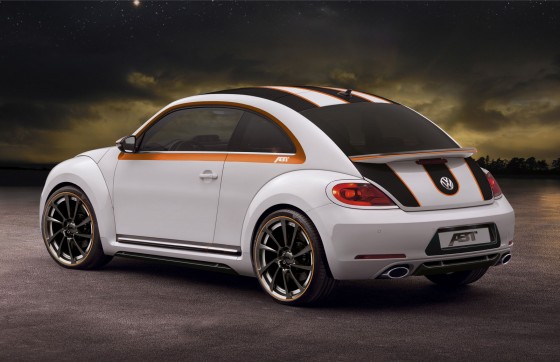