Even the guys from “Saudis in Audis” couldn’t handle this Audi A6. The German tuner, ABT Sportsline, have released details about what they’ve been up to recently and their Audi A6 project. Upgrades include mechanical modifications, minimal cosmetic changes, and a set of interesting wheels.

Stage I from ABT Sportsline helps the Audi 3.0 liter TDI gain an additional 37 horsepower to the stock 245 horsepower. Stage II or ABT Power S package spices things up a bit by adding a turbo charger to the Audi A6. With the help of forced induction, the power tops up at 310 horsepower.  In the Power S variant, the Audi A6 also has put out an impressive 450 lb-ft of torque. The German tuner is also working on developing a supercharger kit for the 3.0 liter gasoline engine which is rumored to be capable of producing a whopping 410 horsepower. That’s an increase of 110 from the stock gasoline engine. 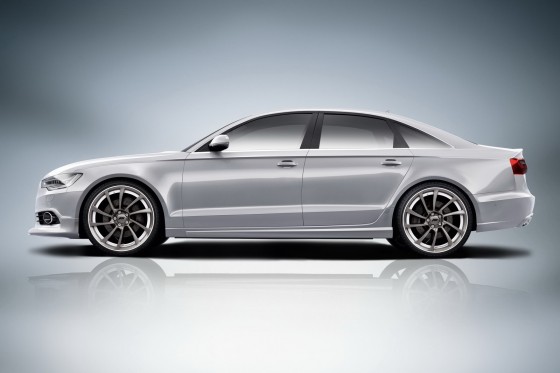 The exterior also receives a body kit but nothing wild and extreme. We actually prefer subtle modifications when it comes to exteriors of cars. Both the front and rear bumpers are replaced and they look aggressive but not “hey, look at me; I’m a ricer boy”.  The rear bumper also incorporates a sexy quad-exhaust setup. The exterior also gets some new side skirts as well as light weight alloy wheels in a unique multi-spoke design which is available in sizes 19 to 21 inches.

Details such as 0-60mph acceleration and top speed have not been released. 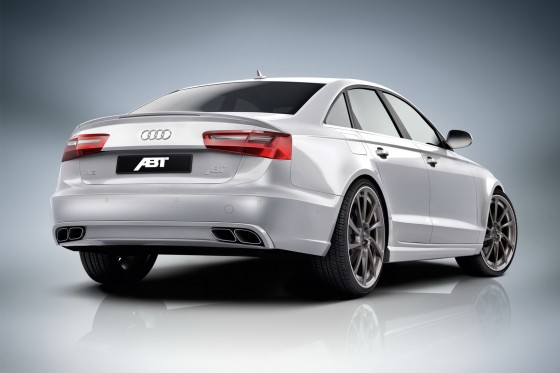