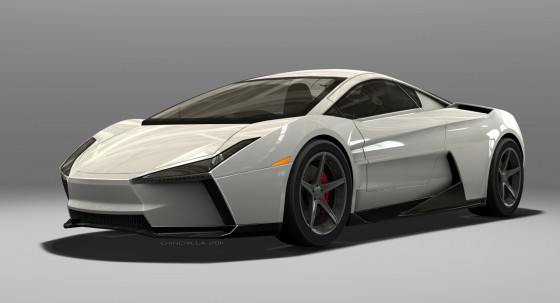 Now this is what I call a supercar!!  A 2,000 horsepower Lamborghini.  The car in question is the Lamborghini Indomable and was originally a design study sponsored by Lamborghini.  The guys behind the idea were Alberto Fernandez and Daniel Chinchilla Ochoa.  You might think this is just another concept car but you’d be wrong, there are now plans to build the car but not by Lamborghini.

An American (Pennsylvania) based company called 215 Racing has acquired the rights to the Indomable design and they are planning on building production models through their subsidiary company called Mostro Di-Potenza, which means “Monster Power” in Italian, the car will be called SF22.

The Mostro Di-Potenza SF22 will be powered by a mid-mounted twin-turbo 9.4 liter V8 GM 572 engine.  The car is said to produce 2,000 horsepower and 2,000 pound-feet (2,712 Nm) of torque which will be sent to the rear wheels via a 6-speed sequential transmission.  Of course these numbers are what the company says the car will produce, we’ll just have to wait and see how close they come to that number, that is, if they ever actually produce this monster. 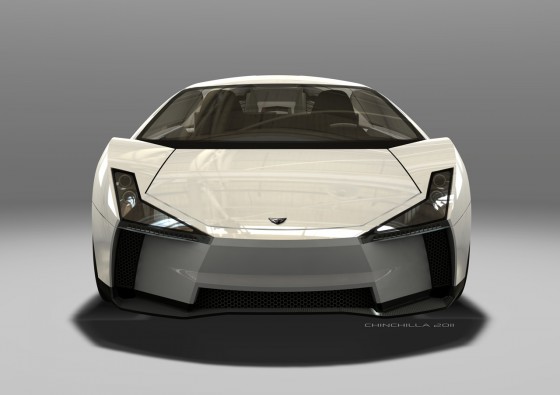 The company is planning on building 50 Mostro Di-Potenza SF22 supercars at a rate of two per month with delivery in the middle of 2012.  They are taking $1,000 deposits on the cars with a final price tag of $950,000.  The deposit does seem a bit low for such a high priced car and makes me a bit suspicious but I hope I’m wrong because I’d love to see this supercar make it to production.